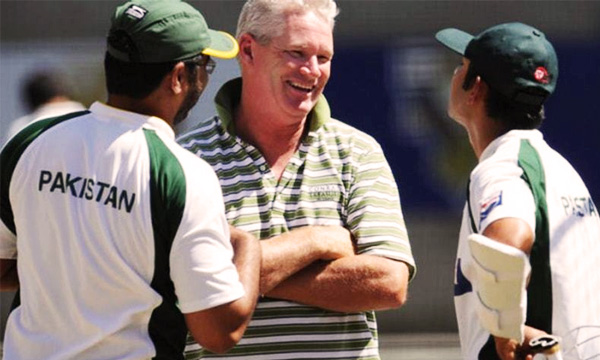 Former Australian batsman, Dean Jones has been confirmed as the head coach, on Monday, for the Islamabad franchise in Pakistan Super League (PSL 2016).

The 54-year-old Dean Jones posted a video on his Facebook account, letting his followers know about the PSL signing.

“I’ve just signed as the head coach for the Islamabad United team and I look forward to seeing the draft and picking some fantastic players for our team,” Jones, declared in a video clip.

Dean Jones has a good reputation amongst the Pakistan players. The former top-order batsman was in discussion with the Pakistan Cricket Board (PCB) for a foreign consultant position in 2010.

Jones played 52 Test matches and 164 ODIs; he is considered as one of the smartest cricketing minds in Australia.

The CEO of the ARY Group, Iqbal, who bought Karachi’s franchise for $26million, chose great Mushtaq Ahmed as Arthur’s deputy.

The PSL is to be held in Sharjah and Dubai in February. The Peshawar franchise has announced Muhammad Akram, the former Pakistan bowling coach, as the head coach while Flower will be their mentor and batting consultant.

Wasim Akram & Rameez Raja to be Brand Ambassadors of PSL 2016

Stay tuned to Brandsynario for further updates on PSL2016!