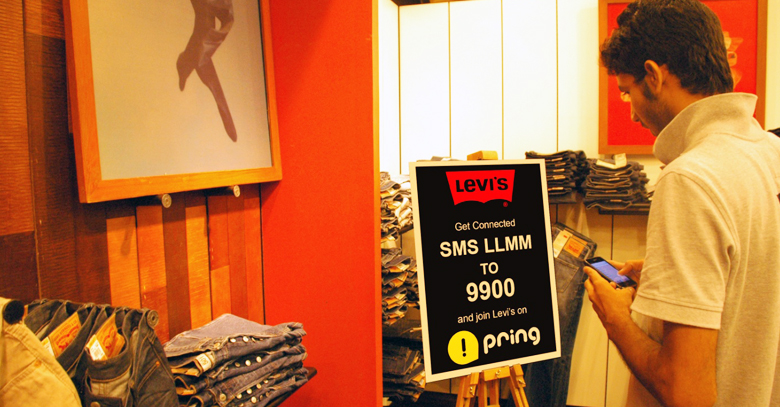 You don’t draw the attention of Red Herring, a leading global magazine on technological innovations, unless you are as promising as Google, Facebook, Twitter, Skype, or eBay, to name a few.

So when Pring won the Red Herring 2012 Asia Top 100, and then the Red Herring 2012 Top 100 Global award, it was a milestone for Pakistan. The due to its innovative use of technology, entrepreneurial edge, and the difference it has made to cellular communication in a short while. There’s no looking back.

Clearly, mobiles reign when it comes to connecting with others.

A mobile phone has come a long way from just a device for making calls. It is now our constant companion. The first thing you’ll see when we get up and the last thing you look at before going to sleep is your mobile phone.

We’re relying on it more than ever to socialize and find out what’s going on around you.

Pring is a mobile and social network that is accessible through the web, SMS, and the mobile app, which has more than 5 million people across the country, a user-base that is growing by the day.

This opens up 120 million mobile users to social and business opportunities that were out of reach before. Circles of friends can comment on updates and start a conversation. Professionals can stay in touch. People from big cities, small cities, rural areas, urban areas alike, are able to create and join communities of shared interests or a cause.

There are 18 to 20 million conversations happening on Pring every day. News, sports, books, religion, celebrities, you name the topic and chances are a debate is taking place right now. Instead of waiting to get access to the internet and accessing a social network to see what your friends and family are up to, Pring lets you connect and communicate with them anytime, anywhere.

The best part is that texting was always there. It’s ‘mainstream’ and everyone knows how to use it.

What Pring has done is open a gateway for mobile users to connect to a bigger world through a secure platform.

Pring’s philosophy is that unhindered communication is the right to every individual. That’s whether you are on a smartphone, a feature phone (that only has SMS capability) or the internet. Communication on these three platforms is seamlessly integrated with each other through Pring.

“You should be able to socialize, access information and services on any device, anywhere” Nash, the founder of Pring, said.

“Whether you have a smartphone or basic cellular devices that can only take calls and send SMS, it’s important that you stay connected to information and services.”

IT TAKES LESS THAN A MINUTE TO JOIN

To become a part of Pring, all you have to do is log on to the website and sign up by entering your email address and your mobile phone number. You can also join by sending an SMS from your mobile phone to 9900.

You can invite friends by entering their mobile phone numbers or search for communities, celebrities, or brands and choose whoever you’d like to follow. Pring’s Public Feed is a live feed with the most recent updates by public communities or businesses.

You will receive updates on your mobile phone from people you are following. The choice to stop the conversation, or stop Pring is given each time. You can make a status update from your mobile phone or your homepage on Pring. It will go to everyone who is following you.

THE POWER OF MOBILE

It’s fascinating to see how mobiles can bring great numbers of people together.

At the 3-day annual Softcom event at GIK University in 2012, Pring was used to alert hundreds of students around the campus of the many activities going on at the same time.

When the issue of a separate Seraiki province in Pakistan was a hot topic, 20,000 people on Pring were asked to participate in a survey, asking whether it should come into existence. An overwhelming response poured through in a matter of hours.

The dengue fever that broke out across the country in 2011 prompted hundreds of Pringers to turn into citizen journalists. They texted in the names and locations of people around them who had been afflicted with the disease. This information was collected to give a clear picture of which areas were most affected.

The BBC recently published a report about a study group on Pring that helps students with questions on several subjects. It also gives students tips on how to take college examinations, all through SMS. The community, called D-study was started by two MBBS students, Mehsim Samir and Waqar Karim. It has now grown to include hundreds of students and teachers, eager to educate and help others get into the college of their dreams.

Businesses are always keen to be where consumers are. And when Pakistanis embraced Pring, corporations such as Coca Cola, TCS Connect, and Telenor, were as enthusiastic to integrate it in their strategies.

P&G’s Ariel racked up publicity around its TV program ‘Ariel Maa’ by engaging followers with stories about motherhood. Thousands of people responded to by sending in anecdotes and shout-outs to moms.

When Chughtai’s Lab wanted a meaningful, one-on-one connection with patients, Pring was the network they turned to.

Sprite used Pring to spread its Cricket Next campaign on a scale wider than ever before, getting hundreds of thousands of registrations through it. Followers were sent texts to alert them about where the campaign was headed next, get their feedback, and create a relationship.

Pring’s has features that are especially made for businesses. Mobile ads, mobile coupons, promoted account, and sponsored accounts all work to put businesses in front of the right consumer.

Mobile ads may be the most powerful marketing tool yet. Brands can create guaranteed top of mind in a single go, reaching each consumer individually and taking advertising to new heights.

Text marketing doesn’t act alone. With traditional marketing. Pring has been integrated smoothly in 360 degree advertising campaigns that include outdoors, TV and radio.

Mobile marketing is a flight that has just taken off. Our mobile is the most personal device we own. Given its private nature, mobile marketing must be tread upon very carefully. Pring’s main goal is to respect that privacy.

Push messaging? Don’t even think about it. Spamming or spraying bulk messages to millions of users in one go is the kind of thing Pring is working against.

It’s about a forming a long-term, two-way relationship and actually engaging users, rather than just gaining followers. A mobile user must give his or her consent before receiving messages from any business.

Pring always gives users the choice of ‘opting out’. You can stop receiving messages at any time. Privacy settings let users control who sees their information and updates and who can follow them. A mobile app version of Pring has just been developed to be used on smartphones.

The idea of Pring was pieced together slowly over a span of about 3 years by founder and Chief Technology Officer (CTO) of Pring, Muhammad Nasrullah aka Nash, a graduate of Ghulam Ishaq Khan Institute (GIKI).

Working at the telecommunications giant Ericsson, Nash felt there was a gaping separation between entrepreneurs and millions of consumers.

After much trial and error, Pring final came into existence in May 2009, and has been growing phenomenally since then, crossing five million users in 2013.

Two of the world’s largest social networks, Facebook with 10 million users in Pakistan and Twitter with almost two million, have been in the country for nearly seven years. Pring is four years old with more than 5 million users.

This is just the beginning for Pring. The future holds endless possibilities. Booking an airline or a movie theater ticket through SMS, automatically receiving a text message coupon as soon as you walk in a store, getting directions, accessing information from the web without actually logging on to the internet; these are all ideas the Pring team is working on to bring to life.

Using a mobile is simple, inexpensive, and popular, which is just the right mix of ingredients for a gadget to become an integral part of our lives.

Pring has refined and enhanced the meaning of SMS, bringing the whole world right to your fingertips.