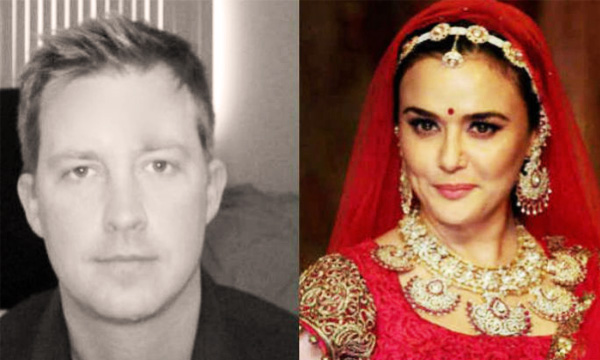 While half of the Bollywood is busy fighting divorce and break up battles, Preity Zinta has reportedly tied the knot with her long-time boyfriend, Gene Goodenough in Los Angeles on February 28, 2016.

Zinta, who ruled the box office in the early 20s has been denying the rumours but the Indian media says otherwise. She was recently clicked with her boyfriend while holidaying along with her close friends.  The wedding was apparently a very private affair with only the bride and groom’s immediate family and close friends present.

A source from the venue revealed; “It was a traditional Hindu ceremony with a pandit conducting all the rituals, including pheras, and took place in an outdoor mandap with the glittering LA skyline as the backdrop. Preity’s mother oversaw the entire arrangement”.

A leaked shot of the beautiful venue where the wedding ceremony took place was posted by the event designer, an LA-based artist DJ Amara. Here is a leaked shot of Zinta with her rumoured husband. But the Veer Zara actress plans to have a big fat Indian wedding once she is back from LA. According to Indian media,  “Since Preity has worked with the biggest names in the film industry and continues to remain close friends with several of them, she plans to host a big celebration in Mumbai where we can expect some of the biggest names to attend.”

Priety Zinta will be introducing her husband to the film industry at a big fat Indian ceremony. Actors like Salman Khan, Sohail and Arbaaz Khan as well as Shahrukh Khan, Hrithik Roshan, Bobby Deol, Abhishek Bahan are all on the guest list.

Meanwhile, some of the Bollywood celebs took to Twitter, showering her with love for a happily married life.

Congratulations sweets on your wedding @realpreityzinta . Lots of love and blessings all the way from India 😘😘😘

Sussanne Khan also stayed back for the wedding with fashion designer Surily Goel.