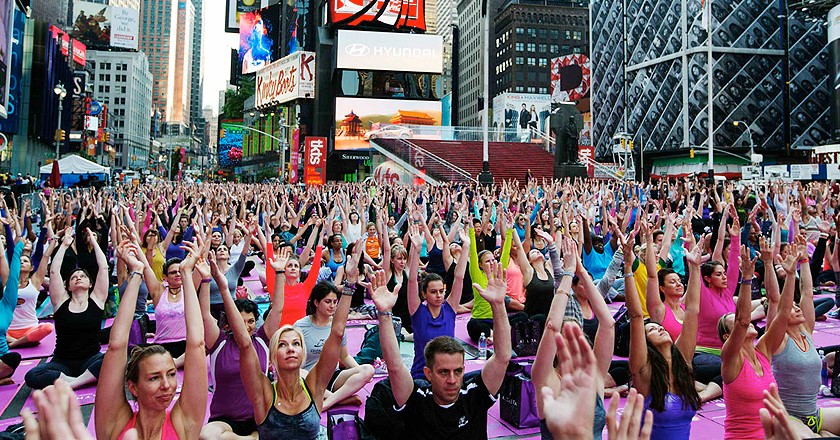 As many as 50 countries including China, US and Canada have signed up the co-sponsorship agreement to support the idea, as drafted in India’s UN mission resolution.

The resolution is expected to be submitted soon so that details are finalized and adoption for the Day set in motion before the year end. If all goes according to the plan, the proposal would be PM Narendra Modi’s first global imprint as part of his reign.

The co-sponsorship agreement has been signed by a diverse variety of countries from across the world including Iran, Japan, Indonesia, Cuba, South Africa, Nigeria, South Korea, Nepal, Bhutan, Bangladesh, Brazil, Sri Lanka and Argentina. With the support of countries such as USA and Canada, it is rumored that European Union members will be joining the co-sponsorship deal soon too.

The attempt to export India’s ancient art of Yoga to the world to promote healthier lifestyles is being supervised by the Minister of External Affairs of India, Sushma Swaraj.

As part of the promotions to get countries to support PM Modi’s idea, Narendra Modi talked about the benefits of Yoga with President Obama over a white house dinner. He also gifted the Australian Prime Minister Tony Abbott a book on Yoga.

Claiming that Yoga can even help fight the battle against climate change, PM Modi sold his idea in the UN Meeting in the following words:

“Yoga is an invaluable gift of our ancient tradition. Yoga embodies unity of mind and body; thought and action; restraint and fulfillment; harmony between man and nature; a holistic approach to health and well being. It is not about exercise but to discover the sense of oneness with yourself, the world and the nature.”