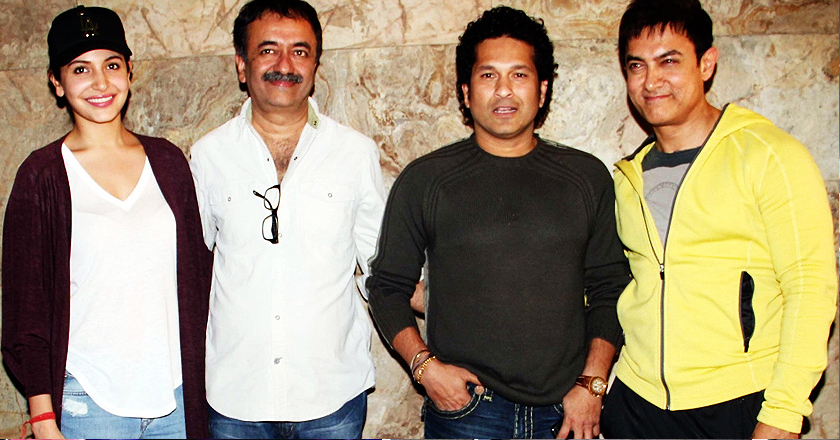 Aamir Khan’s PK has only one day left in its big release – However Sachin Tendulkar after watching the premiere became Aamir Khan’s fan, claiming the movie to be the best from Aamir Khan so far.

Sachin was invited to a special screening of PK on Tuesday especially hosted by Aamir Khan for the legendary cricketers.

Just 2 Days to go, guys!! Cant wait for all of y’all to see it! I’m so relieved that Sachin liked it!! #PKaana http://t.co/EXQSwNPY5L

Sachin gave a brief interview to a local news agency, ‘PK is a superb movie. I have promised Aamir that I will not disclose much, but I would still say it is an entirely different movie, and that all of you should watch PK” If that wasn’t enough, Sachin further added (much to Aamirs’ happiness), “ For me it’s the best film and best performance of Aamir that I have ever seen,”. PK is Directed & Produced by Munna Bhai famed duo Rajkumar Hirani and Vidhu Vinod Chopra.

The movie will showcase Aamir Khan as an astronaut, speaking Bhojpuri.