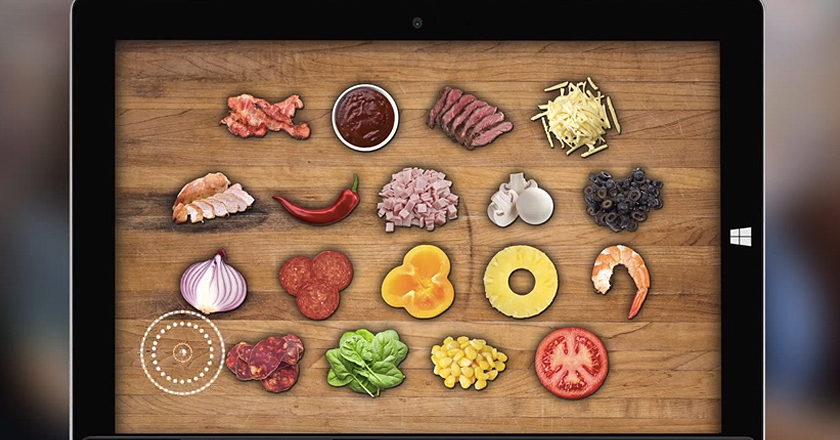 While we are waiting for technology to allow us to download food (trust me, people are), Pizza Hut has made things easier for us by launching a menu that helps us order by reading our mind!

Named the “subconscious menu”, the menu tracks your eye movements across a whooping 4,896 toppings and selects them for you depending on wherever your eye lingers the most. So within approximately 2.5 seconds, if your eye is hovering at say, chili, olives and cheese, the menu would know before you do what you are planning to order.

While the idea seems a bit far-fetched to work, test reports claim that around 98% of the testers were satisfied with the toppings suggested by the subconscious menu.

For the 2% who aren’t happy with the selections, they can always restart and select again. The cutting edge menu, which took 6 months to prepare, is currently being rolled out in revamped Pizza Hut UK outlets with no set plans for USA launch in the near future.

The subconscious menu, developed by the eye-tracking technology giant Tobii, is just the first step towards creating devices that will use eye sensory movements rather than touch interfaces in the future, as claimed by the Peter Tiberg, VP of Tobii Sales in Asia and Europe.

Other technology advanced pizza companies include Domino’s, which has launched an app, Dom, to allow browsing menu and ordering by speaking.