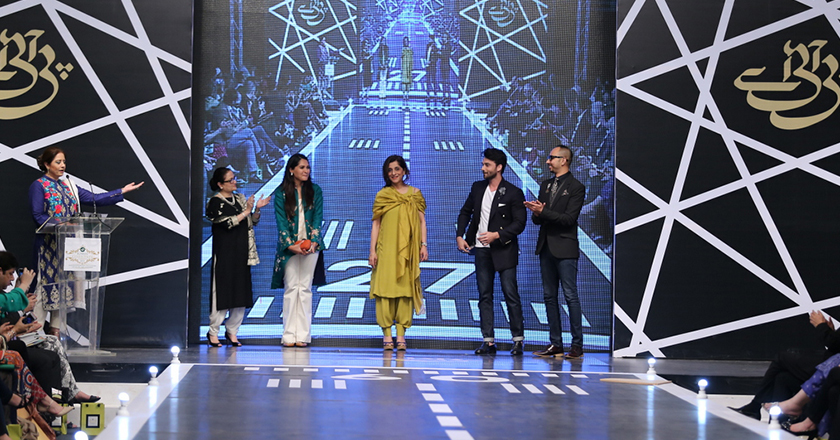 The PIA Uniform – Over the years: Continuing their legacy of having national and international dress designers for designing of uniforms of PIA flight attendants, 15 modern-day designers conjured up fabulous designs with their own distinct touch.

Read More: Nothing Less Than Top Designers For PIA

The PIA Uniform Fashion Showcase assembled a handful of notable personalities from the entertainment industry to lend their expertise and opinion, in order to crown the best of them all.

The judge’s panel selected Nomi Ansari for women’s wear, Republic by Omer Farooq for men’s wear, while the crew will be sporting Sania Maskatiya’s caps and Yasmeen Shaikh’s jackets to complete their uniform.

The show was hosted by Ms. Atiqa Odho who is a Pakistani television and film actress, host, politician and owner of a cosmetic brand.

Partners for the event are as follows:

•Nabila’s for hair and makeup

View the photos from the event below: