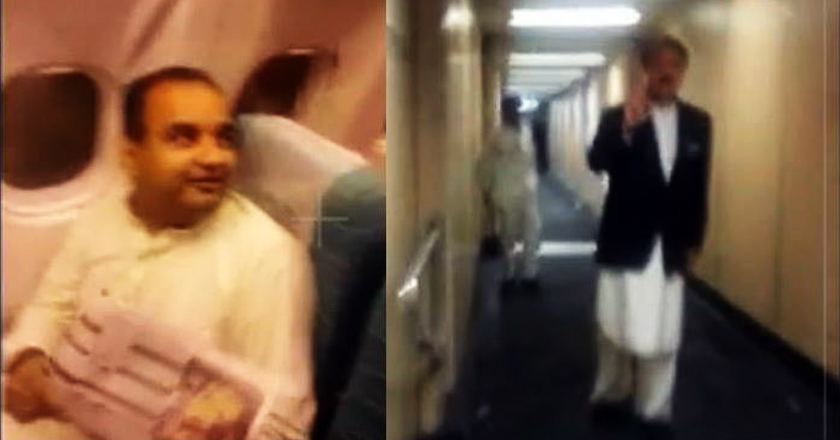 Watch the brave Pakistani passengers, who threw out Rehman Malik and Dr Ramesh Vankwani, as they exclusively talk to the media.

Both men, who were being deemed ‘VIPs’ for which PIA flight was delayed for more than three hours, were eventually thrown out by the not-so-VIP-passengers who had been waiting in the same flight.

Rehman Malik not only tweeted later, that the delay was in actuality on account of some technical reasons, but he also said, that the people who misbehaved were not ordinary passengers but PTI suppporters.

Watch the Passengers of PIA flight talk to the media:

Have anything else to add to the story? Comment Below