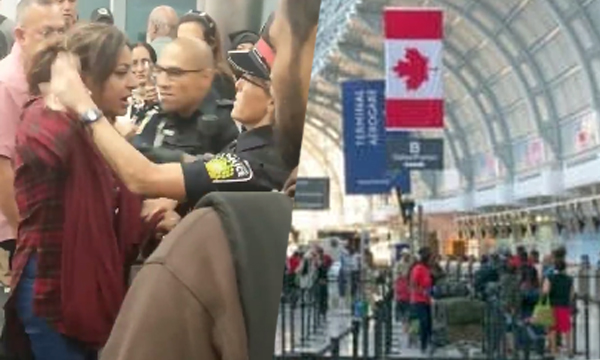 Pakistan International Airlines (PIA) has made it to the headlines yet again and as predicted, for all the wrong reasons.

Hordes of passengers, including 5 infants and 7 wheelchair-bound senior citizens, have been left stranded at the Toronto Pearson International Airport due to 12-hour flight delay. Angry protestors took to social media to report the incident.

It all started when the aviation service first announced a waiting period of 4 hours due to a technical difficulty in the plane.

However, PIA officials did not update the passengers regarding the recommencement of the journey, making the delay as long as 12 hours.

#PK784 at Toronto is delayed for 4 hours. Still no sign when the flight will resume its journey??? Pathetic record of extensive delays by #PIA never improves. The travelers of this flight are mostly senior citizens pic.twitter.com/CMKAVxoKAC

As per various reports surfacing on Twitter, no accommodations have yet been given to the stranded passengers.

#pk784 #PIA over 30 hour delay at toronto #yyz airport. PIA taking no responsibility for passengers, leaving them stranded, not providing any accommodations, #Toronto
, PIA , if ur plane is broken, give us Hotels at least to stay, not everyone have relatives in toronto., #cnn

The outcry by the passengers has escalated matters at the airport.

The security officials have reportedly taken a female protestor under custody after she lost her cool over the delay.

So far no action has been taken by the national carrier to solve the crisis at hand. No PIA representative has yet addressed the passengers or informed them about the flight schedule.

However, PIA has responded to Rafay Rashdi on Twitter and has asked the details of the flight.

We regret the inconvenience caused, please share the flight details