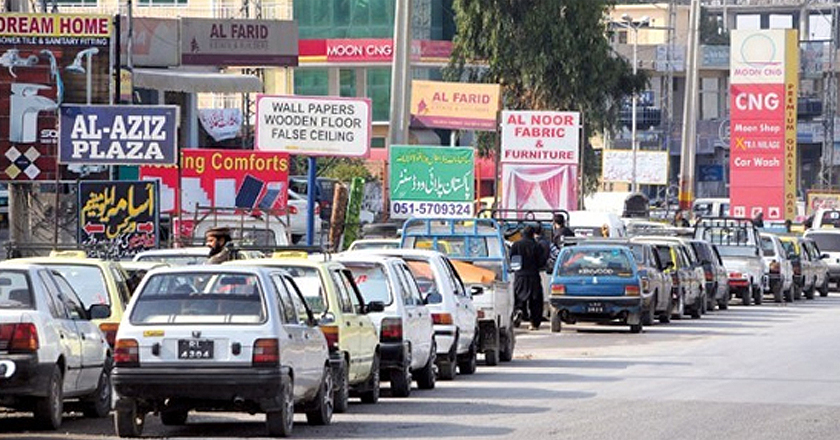 With the petrol shortage gaining momentum in Pakistan, the shortage has now extended from the Punjab into Karachi. The increasing frustration with the lack of CNG coupled with the petrol crisis has led to public anger and resentment.

Pakistan State Oil has already exhausted its supplies last week on 13th January and will not be receiving new stock till the end of the month. Meanwhile, people are going through tremendous suffering to get any petrol to see through till the next few weeks. With the fuel shortage, Pakistanis will also be suffering from prolonged load-shedding for the weeks to come. As some cities of Pakistan including Lahore already face 6 hours of load-shedding in the winter season, it will be their ultimate test of patience in the coming weeks.

The government, on the other hand, is still trying to find some sort of alternative solution before the issue really blows out of proportion. PM Nawaz Sharif has cancelled all other meetings in order to focus on the current petrol crisis and to look into emergency measures. The latest news is that government is currently trying purchase fuel, without bidding, through some Dubai-based trading companies, provided that the finance ministry released some funds for importing.

Furthermore, a leading newspaper has reported through sources that “the non-payment of funds by the finance ministry to pressurize the water and power ministry to improve recoveries now standing in excess of Rs580 billion and resultant delays by the Pakistan National Shipping Corporation (PNSC) had led to the shortages.”

Petroleum Minister Shahid Khaqan Abbasi has apologised to the nation for the difficulties and inconvenience faced and said he be taken to task if found responsible for the crisis. He said that an investigation team will be submitting a report to the prime minister and said that petrol supplies had been arranged. The public should refrain from going in to frenzy and in fact provided assurance that over Rs 5 per litre reduction in petrol prices would be seen from 1st February.

The shortage according to him had resulted from an unusual increase in demand in January and a delay in shipment coming in. The lack of supply would be met within the week thus stabilizing the situation. Despite the very open intra-cabinet squabbles, both Dar and Abbasi at least agree on one point: the energy sector’s circular debt – caused in large part by rampant electricity theft across the country – has nothing to do with the current shortages of petroleum.

All in all, it seems the general public has become impatient with the situation and having experienced standing in line for CNG they don’t want to face the same situation with petrol. Here are some tweets by Pakistanis expressing their stress, anger and problems due to the petrol shortage crisis:

#karachi still in panic mode today after rumors circulated of #PetrolShortage last evening. Long queues all over the city.

Sad to see that the party claiming to have best economic team creates worst economic paralysis and protects the culprits. #PetrolShortage

Waited in line for 1 &a half hour and got Rs500 petrol only?All main Roads near petrol pumps are chocked.No traffic police! #PetrolShortage

Welcome to 7th Declared Nuclear Nation —–Al-Bakistan All these cars in search of a liter petrol #PetrolShortage pic.twitter.com/R7X123VcXZ

Had to take brother to hospital at 3am, no petrol in car, begged for few drops to close by petrol station, got some in black eventually.

After awesome success of CNG social-media, here is another launch of new social media in pakistan. #PetrolShortage pic.twitter.com/T8IBdf6D02