Home Business Petrol Prices to Increase by 7% in Pakistan
Advertisement 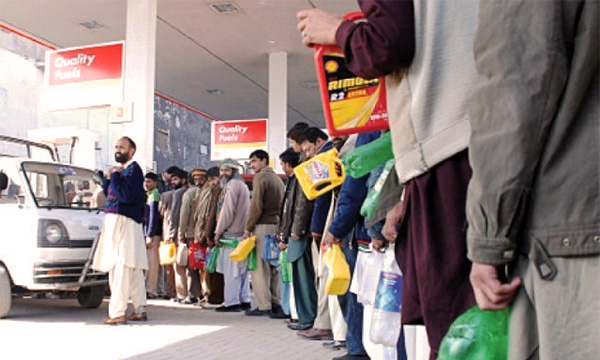 The Oil and Gas Regulatory Authority (OGRA) has proposed raising the petrol price by Rs 5.28 per litre, light diesel oil (LDO) by RS 2.70 per litre, high octane blending component (HOBC) by Rs 5.73 per litre, kerosene oil is to be raised by Rs. 3.89 per litre while high-speed diesel by Rs. 3.34 per litre.

As the global prices of oil remain constant and the value of rupee depreciates against the dollar, consumers of petrol are expected to encounter a rise of Rs 5.28 per litre since the beginning of November. Based on finance ministry’s advice, the ultimate decision would be made by PM Nawaz Sharif on 31st of October.

The government is likely to transfer the rise in price on to the consumers as an attempt to increase collection of revenue, even though the government kept oil prices steady for the current month. If the prices of oil are increased, the government can accumulate more funds in terms of General Sales Tax (GST).

Rise in the price of HSD from Rs82.04 per litre to Rs85.38 would directly affect agricultural and transportation industries as they use oil extensively resulting in further inflation.

The petrol price may rise to Rs79.04 from Rs73.76 per litre. The consumption of petrol had risen as prices reduced and also due to the inaccessibility of compressed natural gas (CNG). The price of Kerosene may rise from Rs57.11 to Rs61 per litre. Kerosene oil is used in households for cooking in rural areas where (Liquefied Petroleum Gas) LPG is not found.

The GST rate decided by the parliament is 17%; however the government of Nawaz is using its managerial entitlement to increase the tax rate temporarily on oil prices to keep the revenue constant.

The administration stems approximately quarter of the revenue from taxes on the energy sector and decided to abandon the statutory regulatory orders (SROs) to alter tax rates but it has not practised this yet; rather it has used it to take the tax rate on diesel to be as high as 50% in current months.

The government has decided that it would accumulate 31 billion sales taxes on all petroleum commodities during October due to the new tax rate on HSD and petrol.

Prices can be made steady at the current level or decreased if the rate of tax on products is decreased partially.

The ultimate decision will be made after consulting the (International Monetary Fund) IMF which is now in talks with the administration in Dubai. The approval of the PM will then finalise the action.

Also Read: Zero Load Shedding in Pakistan by 2017: A Reality?