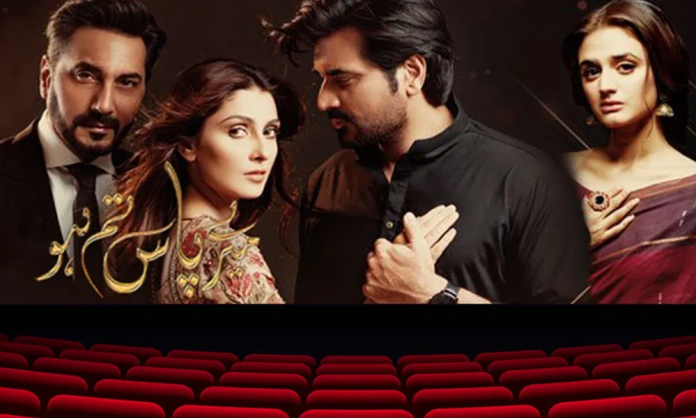 A woman had filed a petition to stop the airing of Pakistan’s most popular show called ‘Mere Paas Tum Ho’.

According to the notice which was circulated, the woman identified as Maham filed the plea claiming that the show featuring Ayeza Khan, Humayun Saeed, Hira Mani, Adnan Siddiqui has shown women in the country in negative roles and impact.

The lady shared that the drama shows all the bad about the women who have contributed to society.

After hearing her argument, the court has issued notices to the concerned for January 24, 2020. However, it has now been dismissed.

The last episode of Mere Paas Tum Ho will be aired across cinemas on January 25, 2020. Tickets have already performed well and revenue has generated in millions.

ARY Digital’s lawyers Irfan Akram and Waqas Ahmad attended the hearing earlier today and told judge Naila Ayub that MPTH was made to educate the audience and to thwart honor killings. The lawyers also added that a petition against an episode that hasn’t even been aired is illegal.