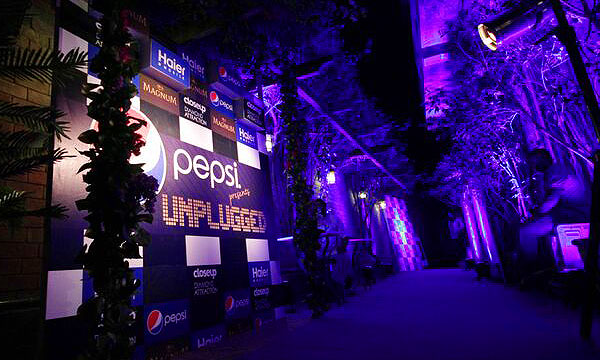 After the success of five smashing shows. Pepsi Unplugged has made its way to Lahore and this time it was none other than the famous rock band Noori, whose exhilarating performance blew away the guests at Lahore’s finest gourmet restaurant Cosa Nostra.

The band played some new singles and closed the show on a high note with their old mega hits. The audience comprised the crème d la crème of Lahore including celebrities and media people.

Exciting prizes were also won by the attendees – ten lucky winners were awarded Noori’s autographed guitars while seven guests were given Haier mobile phones and three were awarded diamonds rings by Close Up.