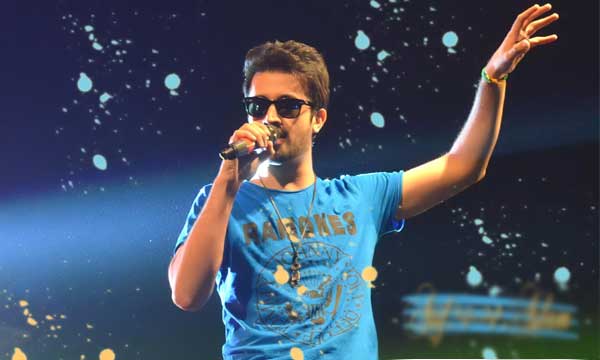 Pakistan has been forever associated its brand image with Pakistan’s pop music scene! From bands like Vital Signs and Awaaz to solo singers like Ali Zafar, Ali Azmat and Ayesha Omer, the beverage drink has touted itself as the brand that represents the nation’s music industry! Guess who is next to star in one of its upcoming adverts?

It is none other than the ultimate singing sensation, Atif Aslam!

A behind-the-scene image of the star is making rounds on social media, claiming that the hottie is shooting for a Pepsi TVC in Bangkok.

Atif Aslam is amongst the most wanted faces by big-wig Pakistani brands. It is his star power and appeal that amplifies his demand to manifolds. Earlier, he has appeared in TVCs for Q Mobile, Jazz, LG, Huawei, Clear Shampoo, Warid Glow, Olpers and Etisalat UAE.

Previously, Pepsi had roped in Fawad Khan as its ambassador and was targeting the nation’s foodies by unveiling the cola brand as the ultimate food partner. It is possible that the brand is aiming to revise its marketing strategy by promoting the popular voices in Pakistan’s music industry!

Can’t wait to see what Pepsi and Atif Aslam has in store for the brands this time around! Hope it turns as to be as magical as those Pepsi adverts ft. Vital Signs!