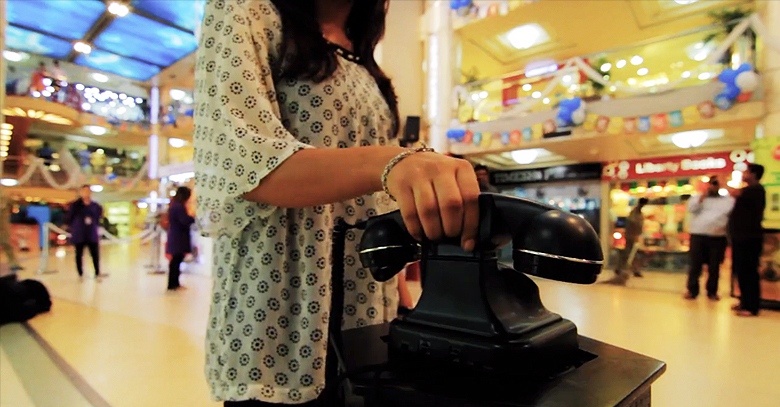 Keeping in line with their recent campaign “Live for Now” Pepsi recently initiated a promotional activation at Park Towers, Karachi on September 16.

The promotional campaign has been captured and uploaded as a video on Pepsi Pakistan’s Facebook fan page and is gaining quick popularity.

The video shows a telephone set placed at a center location in Park Towers. The phone begins to ring whenever someone approaches it and then they are asked if they are prepared to “live for now”?

Everyone chose to hesitate from answering such a spontaneous question except for a young boy who agreed to “live for now”.

The Pepsi team duly rewarded him for his courage by taking him and his friend out on a dinner with famous Pakistani cricketers like Junaid Khan, Irfan Khan, Nasir Jamshed and Wahab Riaz. They met the famous VJ Anoushey Ashraf too.

The two-minute video showed the benefits for choosing to LIVE FOR NOW instead of going on with our daily chores robotically.

With their Ramadan campaign, Pepsi Smash and now the current viral video, Pepsi is successfully positioning itself as the drink for youth. The brand activation like this will surely help Pepsi to gain more popularity.