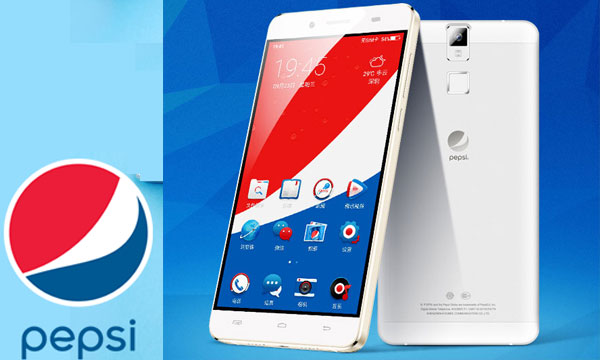 Pepsi has launched its first ever Android based smartphone Pepsi P1 in China a month after the company announced to join smartphones bandwagon.

Pepsi P1 features the brand trademark colors with a default wallpaper of red, white and blue colors and the same combination of colors has been used for icons. This device has been manufactured by Chinese company Shenzhen Scooby Communication Equipment Co. and it also has the Pepsi logo on the back.

Pepsi has equipped its P1 phone with the specs that are quite good enough to compete in the market. The phone has a 5.5-inch glass display with 2.5D curved bazel-round edges.

Read More: Pepsi’s Emojis Campaign is the Coolest thing you will see

With having 1.7-GHz octa-core MediaTek MT6592 processor paired up with 2GB RAM and 16GB ROM, Pepsi P1 also support external memory up to 64 GB and dual SIM. The camera section of this phone contains a 13MP rear shooter and 5MP front facing snapper that can satisfy the photographer within you.

Pepsi P1smartphone has been powered by 3000mAh battery and it runs on dido OS 6.1.__ a custom user interface which is based on Android 5.1 Lollipop.

The smartphone  is currently available in gold, silver and blue colors via crowd funding site JD from Shenzhen Scooby Communications only in China.