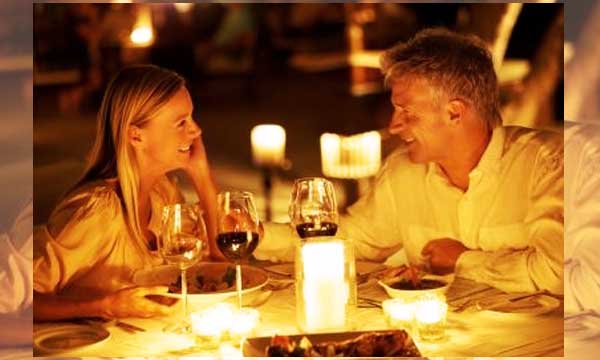 Despite the global trend for one-click online commerce, when it comes to Valentine’s Day the personal touch is still paramount. According to the MasterCard Valentine’s Day Index, published on Thursday, 90% of gift transactions globally are made in person, rather than online.

Across the 200 countries studied across the Valentine’s Day period over three years (2013-2015), only 6% of all purchases were made via the web. But as well as shrugging off showrooming and apps, people are increasingly moving away from obvious material presents and towards experiences.

One-third of gifts were meals in restaurants and 28% hotel stays.

In the US, food appears to be the most important element of Valentine’s Day — 38% of spending is at restaurants. That figure jumps to 58% in Latin America where there is also a 92% spike in spending on flowers in the same period.

Europeans put a premium on luxury and in particular staying in a hotel (33%) and on eating well — 25% of purchases are made in restaurants.

Those in love in the Middle East are the most likely to buy jewelry, with 23% of purchasing; while in Asia and the Pacific Rim hotels (36%) and restaurants (24%) are top.

To arrive at its conclusions, MasterCard analyzed aggregated transaction information from credit and debit card use across categories of merchant usually associated with Valentine’s Day — such as florists, jewlers and travel agents. The data was gathered from transactions made between February 11-14 in 2013, 2014 and 2015.