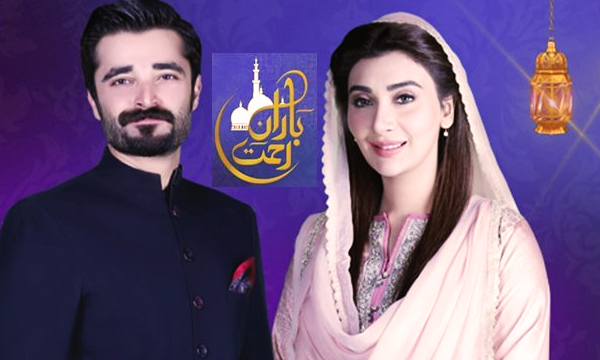 A meeting was held at PEMRA’s regional office in Karachi where the media regulator’s council of complaints came up with this decision.

­“The council has directed the management of Aaj News and TV One to immediately telecast an apology for promoting controversial and sectarian views,” said a statement.

“Both TV One and Aaj TV have assured the council of complaints that they will air apologies at the earliest.”

PEMRA on Friday imposed a ban on the Ramazan shows Ramazan Hamara Iman of Aaaj News featuring Hamza Ali Abbasi and TV one’s Ishq-e-Ramazan as they violated the code of conduct of media regulator’s.

The two hosts were ordered to immediately discontinue their shows and were replaced with different hosts for the transmissions. Hamza Ali Abbasi hosted the show with Ayesha Khan.

This began when Hamza questioned the oppression of Ahmadis during one of his programmes.

“The community is being suppressed but if you talk about it, people say ‘You’re from that community that’s why you’re saying this,” Hamza said. “I am not an Ahmadi, I am a Sunni Muslim.”