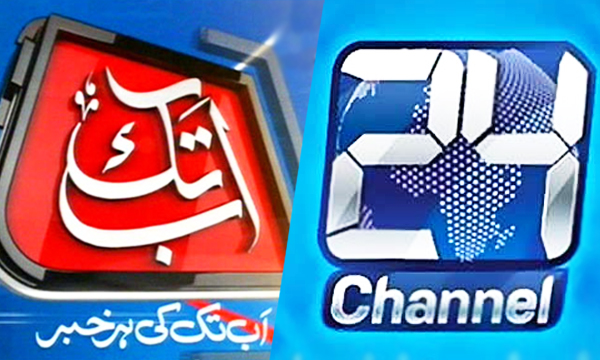 The Pakistan Electronic Media Regulatory Authority (PEMRA) on Thursday fined two Pakistani TV Channels, ‘Abb Tak’ and ‘Channel 24’. The reason for the fine was due to the channels airing, “fake and baseless news” against the Inspector General Police of Sindh.

The update was provided by the Inspector General Police (IGP) Sindh, Allah Dino Khawaja. He had filed a complaint against the channels and the PEMRA council of complaints also agreed and imposed a hefty amount of PKR. 200,000 and PKR 300,000 on Abb Tak and Channel 24 for airing the defamatory, unverified allegations against the complainant.

Here’s the Notice Issued By PEMRA Adding to the fine, both channels have been asked to air a public apology regarding the fake news they had been spreading and to employ an in-house editorial committee that makes sure the content they air is checked according to the Electronic Media Code of Conduct 2015.

The investigation against the channels was carried out on February 8 on news reporter Zill-e-Huma from Channel 24 and on the 29th of March on television program, Benaqab aired on Abb Tak