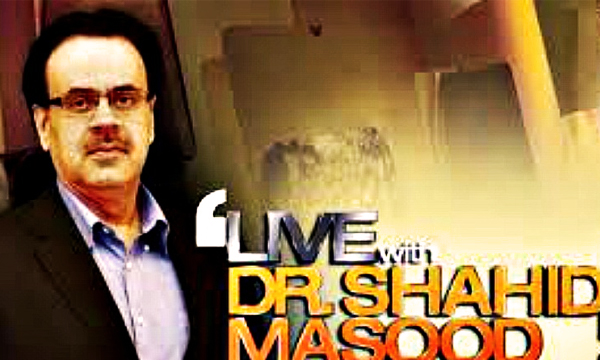 PEMRA then clarified in its issued press release that the program was banned because it showed allegations and accusations being imposed on chief justice Sindh High Court in one of the episodes. Advocate Moinuddin, ARY counsel for the respective case stated that the decision taken by PEMRA was a hasty one and”it may have some mala fide intent.

The case’s hearing was held by PEMRA’s Council of Complaint in Karachi. Advocate Moinuddin stated that PEMRA has imposed a band without issuing any complaint and their adjournment plea was also not considered.

“We could have gone to Islamabad to plead our case, but that chance was not provided to us”, he said.

Meanwhile, Dr. Shahid Masood said in a statement, “What anyone could do if the government misconstrued his statement in the program”.

He has urged the government to clarify what was so objectionable in the show. The ban has definitely caused a lot of people and political leaders to condemn PEMRA.

Consequently, PEMRA has been slammed by many after imposing a ban on the Shahid Masood’s show. They mocked PEMRA’s order, terming the decision as a biased stand.

@reportpemra when did @Shahidmasooddr take the respected CJ's name. How can pemra say it was directed towards him. Please pemra explain!!!!

@Shahidmasooddr Banned by PEMRA for 45 days.Wow!Here is a Govt that rewards Pakistan's enemies and traitors and punishes its patriots👍

I stand with @Shahidmasooddr – always on point, sane, rational, eloquent and informative