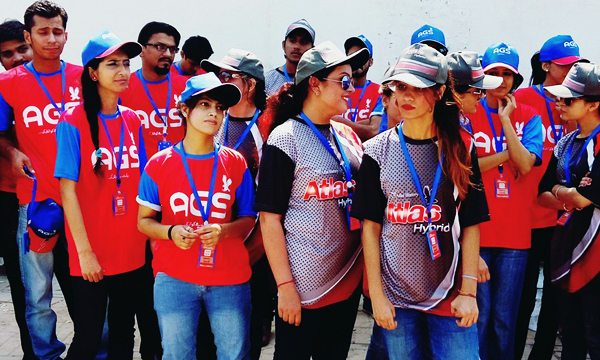 After having accomplished strong grounds in Lahore and Multan exhibition, PakWheels – the largest online automobile website took their auto show extravaganza to Islamabad on Sept, 13th 2015 and received an overwhelming response. The intent of conducting the event was to educate masses about the automotive and motorsport in Pakistan.

Pakwheels enjoys being the largest automobile marketplace exhibiting more than 500 motorbikes and cars. The online automobile services bring together buyers and sellers listing more than 160,000 cars, 24,000 motorcycles for thousands of visitors.

The auto show witnessed more than 100,000 visitors who attended the exhibition from 11 a.m. to 8 p.m., quenching their thirst for more than 500 automotive brands.  The exhibition displayed latest models of motorbikes and cars of international brands. The automotive were categorized in the following: the vintage cars, sports cars, classics, exotic and off-roaders.

The event was another major success marked by Pakwheels in a row sponsored by Atlas Battery Ltd. FAW, Shell Helix, Cinepax, City Fm 89 and Warid Telecom. While the car lovers thronged in masses to see the vintage car collection, few of the brands had the highest number of footfall on their stalls. One of such brand was Atlas Battery that offered free battery checkups to its customers.

The company’s booth remained crowded from morning till dawn, catering to a large number of audiences.

A number of activities were designed to entertain visitors amongst which talent hunt and flash mob were the most successful. The event received live coverage and could be viewed online, special thanks to atlasbattery.tv. Atlas Battery is an ardent supporter of PakWheels.

As big as the name goes, the event received large coverage on social media platforms giving car crazy Pakistanis a delightful day out. See some of the images from the event below: