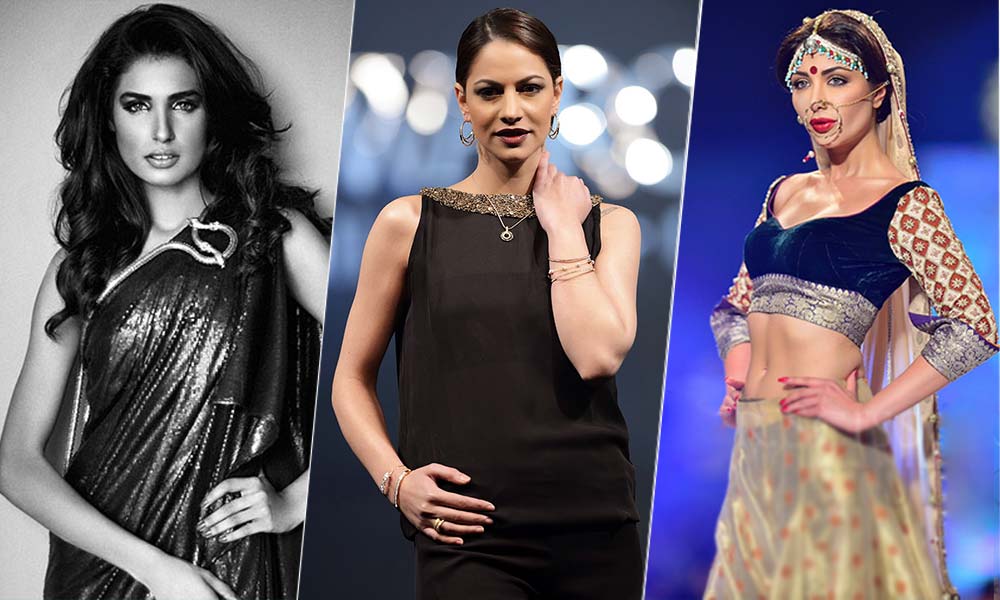 With their striking features and statuesque beauty, Pakistani female models are quickly making their way to the top, not only locally but also globally. Their stunning good looks, their dazzling personalities and their modeling prowess are at par with foreign models and have impressed the local and international audiences alike.

In collaboration with Catalyst PR, Brandsynario brings to you the exclusive list of Pakistan’s Top 13 Hottest Female Models  2015 based on their charismatic good looks, their popularity with the audience and the designers, their fashion show charges and the brand endorsements they have bagged so far. Having started her career back in 2001, Zeba Ali has not only made her name in the modeling industry but has also received recognition for her acting in TV drama serials.

She has walked the ramp for a range of designers from HSY to Kamiar Rokni and has been known for her acting performances in dramas like Man-o-Salwa and Meri Zaat Zara-e-Benishan. Known as the party girl of the industry, Hira Tareen has literally done it all.

Not only has she earned a name as a model in the Pakistani fashion industry, but she is also known for her live DJ-ing skills. Amazingly so, she has also recently ventured into acting and launched her own clothing brand, Icon, of practical yet stunning dresses for the women of today. The 33-year-old dusky beauty made her acting debut with telefilm, Tere Bina. From there on, she moved on to making a name in modelling, doing commercials for brands such as Garnier and Pantene and walking the ramp for renowned local and international designers.

Happily married to actor Hasan Ahmed, Sunita Marshall is now a mommy of two and continues to impress the audience with her fabulous panache. With her alluring beauty and bold attitude, the glamorous model continues to grace the covers of fashion magazines and walks the ramp for acclaimed designers, locally and internationally. She was recently listed as one of the Hot 100s by HELLO! Pakistan. Pakistan’s very own superwoman, Nadia Hussain continues to set the ramps on fire with her presence nearly two decades since her debut.

Having recently given birth to her fourth child, Nadia Hussain hasn’t let her professional life take a backseat. Not only is she a practicing dentist, but is continuing to do stunning performances in drama serials and walking the ramp for distinguished designers. If this wasn’t all enough, she has her own line of lawn collection and is running a leading salon and spa in Karachi too. Only a runner-up at Veet Supermodel contest a few years back, Sadaf Kanwal is now a force to reckon with!

Having made her modeling debut in 2009, the bold and beautiful Sadaf has quickly become the face of many Pakistan fashion houses. Having groomed by none other than the talented Frieha Altaf, the hardworking model has quickly turned from a naive teenager to a style icon. The brand ambassador of L’Oreal Pakistan, the dazzling Mehreen Syed is one of the most sought after female models in Pakistan.

Not only does she has a huge fan following locally but has also been named in the Hottest 50 Asian Women in the World and World’s Sexiest Asian Women lists.

From modeling, she moved on with enviable ease to acting and entrepreneurship. Currently the CEO of International Fashion Academy Pakistan, she is also a mommy to an adorable one-year-old. Pakistan’s desi import, the gorgeous Sabeeka Imam has quickly risen to the top in the local fashion and entertainment industry.

Recently, and might we add aptly, seen as the Snow White in L’Oreal’s Ever After Campaign, Sabeeka Imam has also done a number of movies to her credit. Although her most recent acting stint in Jalaibee did not receive a positive response. Known for her professionalism, the ravishing Cybil Chaudhry entered the industry courtesy of her mother’s modeling career.

Launched by photographer Athar Shahzad, the statuesque beauty made her debut in her teens. She was just at the peak of her career when she fell in love and got married at the young age of 18.

Now a mother of two, Cybil is not only an amazing homemaker but continues to set the ramps on fire with her modeling flair. She made her acting debut last year in Hum TV’s Firaaq. Currently the talk of the town for the alleged case of money laundering, Ayyan is one of Pakistan’s top models.

Having started modeling barely five years ago at the age of 16, Ayyan has already been nominated four times for the Best Female Model award.

The gray-eyed beauty was titled as the Calvin Klein ‘Beauty of the Year’ back in 2010 and since then has continued to impress the audiences and fashion critics alike with her talents. She also made her singing debut last year but so far has failed to receive much success in the industry.

Have anything to add to the story? Share with us in the comments below.