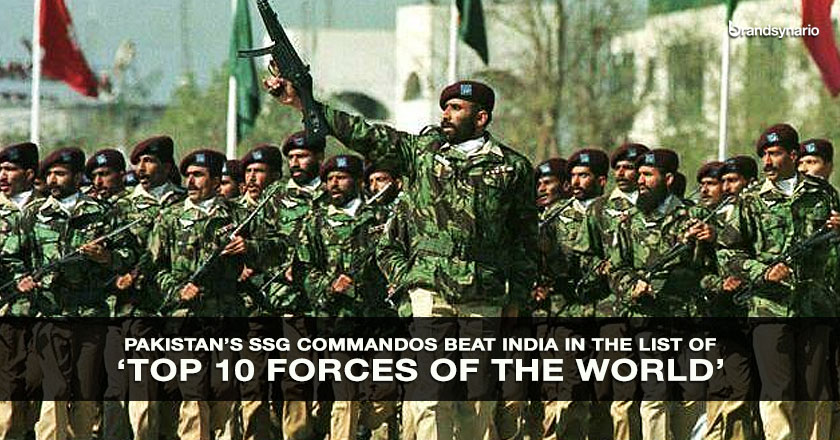 Pakistan’s Special Service Commandos (SSG) have made it to the top 10 best forces of the world beating arch-rival India’s forces, according to US Magazine ‘Armed Forces History Museum’.

The list, topped by British Special Air Service (SAS) is followed by American Navy and American Delta Force on second and third rank respectively. While India’s Para Commands or SFF were nowhere near the top ten.

Created in 1956 and commonly known as ‘Black Storks’, SSG has ten missions that they are rigorously trained for Asymmetric Warfare, Foreign Internal Defense, Hostage Rescue and Counter-terrorist strategies.