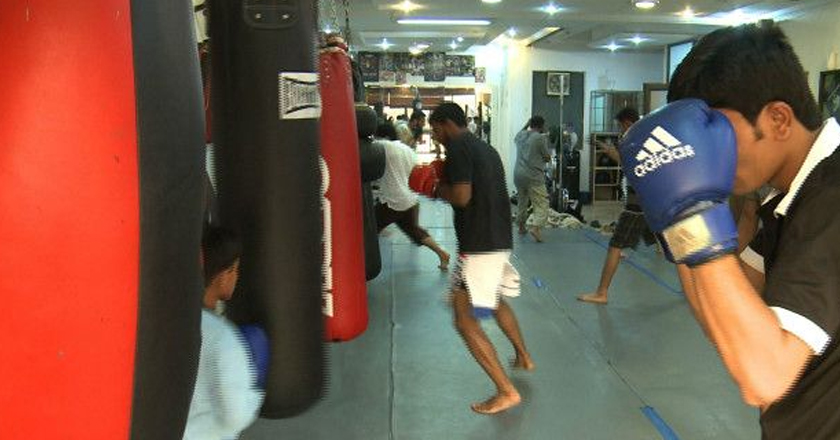 Hidden in a dilapidated building of Lahore is Pakistan’s first ‘fight club’ where young fighters are trained in (MMA) mixed martial arts and boxing to fight with a passion that belies precaution. The regular crackling of ribs and breaking of jaws turn them into fighters that are worth cheering for.

According to a report published in BBC Urdu, the fight club, found in a run-down gym, not only trains young fighters but also sends the gifted ones to the international cage level fighting competition.

Although banned and considered illegal, fight clubs have secretly existed and flourished becoming a popular form of sport in many countries, especially South Asia.

Pakistan’s first fight club, however not only trains passionate fighters in martial arts and similar fighting skills but also provides sanctuary to street kids where they learn to fight poverty and its vicious effects.

The management of fight club takes on candidates based on pure merit, trains them free of cost and nourish not just their physical but intellectual skills too.

The co-founder of fight club, Mehmood Rahman told BBC, “We not only turn them into good fighters but make them stay away from smoking and drugs to be good fighters; to be a good fighter they have to become good human beings first.”

The club has been a life changing experience for many young men who, frustrated with life’s never ending challenges, turn to fight club as a solace.

Owais Raja, a waiter in day time is a fine example of club’ philanthropic work. Raja, who joins the club at night, didn’t had enough money to buy boxing gloves but now he is one of the most celebrated boxers of the club.

Owais feels the fighting arena is the only place where he doesn’t feel the difference between rich and poor.  The hushed up fight club is just another glaring example of the abundance of talent that Pakistan has.

The fighters crave for the limelight and acknowledgement they deserve to surface from the darkness of limited exposure and lack of government’s interest in the area.

Nevertheless, the champs who have made their mark in various local fighting challenges have not lost hope in the future of MMA fight clubs in the nation.

They are eager to make it to International fighting tournaments and pave the way for the budding fighters to unleash their talent for the world to see.