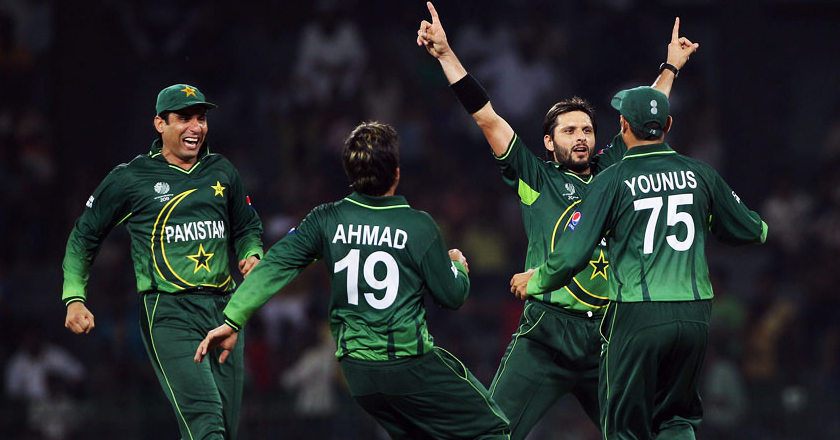 The wait is finally over ! The schedule for Pakistan in the  ICC World Cup 2015 is out.

Starting from 14th Feb, the 11th ICC World Cup will be taking place at 14 different locations within New Zealand and Australia.

After the warm-up,  team green will be heading to Adelaide in Australia for its first and most awaited match, against team India. Though this time, the Indian legend Sachin Tendulkar will not be seen stepping foot on the ground but will stay behind the lines as part of the audience; as a result of his retirement from cricket last year; the legend has once again been nominated as the ICC World Cup 2015’s official ambassador.

Lead by MS Dhoni, team India (defending champions) will only comprise of four of its players from last year’s winning team, including Dhoni, Raina, R Ashwin and Kohli.

As for the Pakistani team, Misbah-ul-Haq has been named as the captain for a team comprising of five openers, nine middle order batsman, four spinners, six pace bowlers, four all-rounders and two wicket-keepers.

Speaking about the team’s performance, the Chief selector for the Pakistani team, Moin Khan said,

“At the moment, winning or losing aside, Team Pakistan is performing adequately well in all three formats of the game. The belief in the think tank is that the squad holds immense potential and promise to perform in any conditions.” He further added,

Last time when ICC World Cup 2015 was held in New Zealand and Australia, it was Pakistan which won the World Cup, by a lead of 22 runs over England; we await to see the day and hope that history will repeat itself.