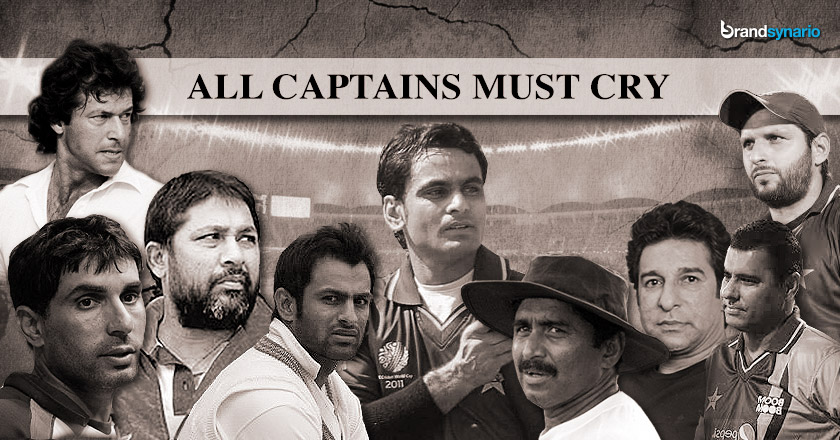 It takes 8 minutes for the light of Sun to reach planet earth – and only after it does, can we see the bright burning sky in our sky. What we fail to realize is that we are watching sun as it was 8 minutes ago. Remember that the next time you watch a gloomy sun-set or a hopeful sunrise, remember that it has already happened and what you are watching is ‘a ghost’– a spectacle that occurred eight minutes in the past.

If you could feel a rush of blood – it proves two realities – whatever man knows can be challenged; as basic as a sunrise and consequently the second, there will always be more to learn and discover.

So why are we discussing this here? The answer is simple – to compare the mindset of an evolved human being how it should be to us, in this case – a normal Pakistani. Rest assured this is not a matter of nationalities as the same mediocre mindset exists in millions of Indians, Americans, Brits, Europeans and every other race on the planet.

So what goes on in the head of a modern evolved Pakistani these days?

Will Musharaff be sentenced? Will Imran Khan ever become Prime Minister? Will Pakistan ever ‘become free of terrorism? Will Lollywood succeed in competing with Bollywood one day? And, will Pakistan win the 2015 World Cup or anything for that matter?

‘No job is small or big, only the heart, with which a man does it, is.’ What this line means is that regardless if its politics, acting or cricket – what we need are men with bigger hearts; brave, courageous men who can stand up for what they believe in and accept their mistakes with humility not humiliation.

Instead, what we get is:

“I am stepping down as Pakistan Team Captain; the decision is for the greater good of Pakistan cricket and the country on the whole.”

Not to forget the fallen captains; Wasim Akram, Waqar Younis, Salman Butt, Shoaib Malik – and Javed Miandad. Some were sacked, others resigned – all who captained the Green ship endured the curse of the throne.

Let’s now narrow down the thought process to only cricket:

However these men did bring glory to Pakistan, in one way or the other (except for Salman Butt, who could only bring a bullet hole in his own foot by his own-self) so what it is that these men don’t have?

We cannot blame the teams because men like Dhoni not only showed the world that a dead team can be managed but can also be made world champions, and men like Ricky Pointing who won his country three World Cups, Clive  Llyod  who won West Indies two World Cups.

We cannot blame the circumstances because, well – wise men don’t.

So who is to blame? Well, if you are truly looking for the guilty you need only look into a mirror. Yes, You. All of you who think it’s not your fault.

Pakistanis as a nation have developed a few qualities that are remarkably stupid in their kind; pride is certainly one of them.

We did produce a captain like Imran Khan, somehow – he may have become a true politician now – but more memorably, the man remained the lone captain in the Pakistani ranks to have led the team with grace and left when it was time. There may be rumors of his ethnic injustice, but they will always be rumors compared to the very real World Cup he brought back to Pakistan in 1992.

The lesson here for Pakistani Cricket Team, Pakistanis on the whole or anyone who is reading this, is simple – but to learn it one must first needs to hit bottom – ‘open up your hearts, stand up and work, take risks, fall face-first and rise again, be brave and make your mark in this planet.’

You will be rolled over like dirt otherwise; earth has given birth to more than 5,200,000,000 human beings in the last 100 years, you are born one of them – it’s time now that you stand out from them.