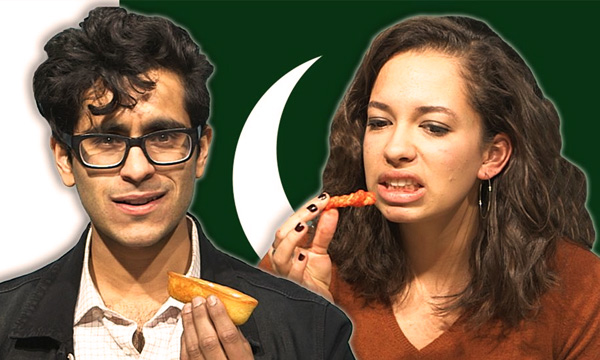 We have watched Americans try Pakistani food, but have you seen Pakistanis try American food? Everyday American snacks such as Cheetos, Fruit Roll-Ups, and Twinkies might seem tasty, but how would these American treats fare among people who didn’t grow up in the U.S.? Can people from other parts of the world stomach these snack foods?

ClickHole brought together some people from Pakistan to find out! Watch as they take frustratingly small bites of popular American snacks for the very first time.