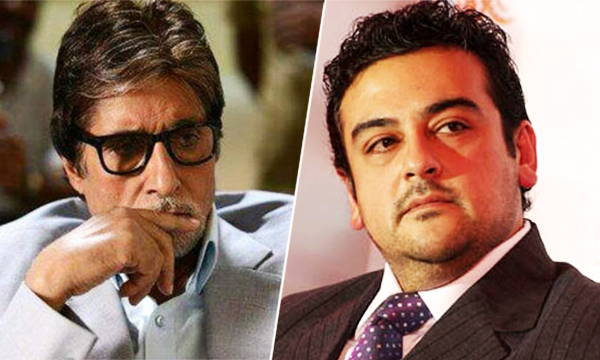 An unproven claim of conducting ‘surgical strike’ at the Line of Control by the Indian Army led the B-Town celebrities into a social hysteria. The Big B of Bollywood, Mr. Amitabh Bachchan, one of the famed celebrities, whose latest movie Pink was running successfully in both India and Pakistan until the ban, rejoiced on Twitter!

Amitabh was then trolled on Twitter for publicly voicing his opinion that said, “Don’t mess with the Indian army.”

Pakistan’s military spokesperson rubbished claims of the Indian army about a surgical strike. They clarified that ‘Indian forces were making such claims only to satisfy their own public.’

The Bollywood actor praised and encouraged his army stirring quite the buzz on social media!

Users were constantly posting their tweets and messages, mocking and bashing Amitabh Bachchan.

Here are some of the most epic tweets and replies to Big B!

Right now, 7 dead bodies of #IndianArmy hero-wannabes are laying on #LOC.#Indian #DGMO should collect them!

1 Indian soldier captured, 14 killed and rest ran back leaving behind the dead bodies on LOC. What a disgrace #SurgicalStrike

Dear @SrBachchan this clip is not from Bollywood movie 😀 already advised "Don't mess with us" https://t.co/F0jsN9z1P9

what army? Who even faked #surgicalstrike , not have enough balls to do it for real ? Oh and plz pickup ur 8 dead on LOC now

Dear @SrBachchan this clip is not from Bollywood movie 😀 already advised "Don't mess with us" https://t.co/F0jsN9z1P9

what army? Who even faked #surgicalstrike , not have enough balls to do it for real ? Oh and plz pickup ur 8 dead on LOC now

Former Pakistani singer Adnan Sami also tweeted a celebratory comment on Twitter that received quite a lot of bashing from the Pakistanis. Many Pakistanis were taken aback by this comment and trolled the singer.

Living in a world of fools #liars #peaceprevail

Adnan bhaii u were Pakistani :-)) & u better know the strength of Pak Army#PakistanZindabad

Tell this to your dead father who fought for Pakistan in the 1965 war. He was a PAF pilot, wasnt he?

He then clarified that his tweet was against terrorism & NOT against Pakistanis.

Pakistanis r outraged by my earlier tweet. Their outburst clearly means they see Terrorist & Pakistan as the same! #selfgoal #stopterrorism

We appreciate your words Adnan bhai,it means a lot to speak against the country from where u originate but u do for humanity

After the Uri attacks, the ties between India and Pakistan have aggravated and the entertainment industry of both the countries is suffering, as a consequence.  According to the latest report by Indian Motion Picture Producers Association (IMPPA),a resolution has been passed declaring a ban on Pakistani artists in Bollywood.

In what we consider as retaliation, Pakistani cinemas have banned screening of Indian movies, including Amitabh Bachchan’s movie Pink.

Bollywood stars have joined the anti-Pakistan bandwagon after the so-called surgical strikes, however, prominent Pakistani celebrities stay quiet on the burning issue. Hamza Ali Abbasi who was the first to pour his heart out on social media after the incident.

Do you think the Pakistani cinema industry will suffer after Bollywood movies being banned in Pakistan? Let us know in the comments below.