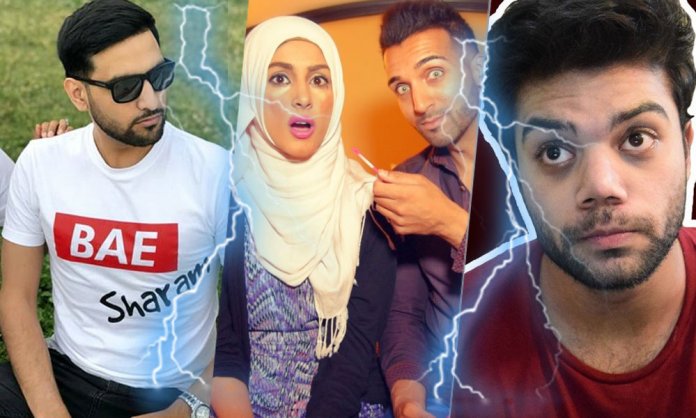 However, there are certain occasions when the content is not well-liked and the creator(s) face a backlash from their audience and peers in the same field.

In the video, Froggy is telling Sham that she wants to have a baby (which is a very personal conversation to have with your spouse). Whereas, Sham tells her that we cannot have one until after the Rukhsati.

It comes as a surprise how influencers openly discuss family planning and other intimidate details about their marriage and personal lives with thousands of viewers on public platforms.

This video is facing negative response from the people and Sham’s fellow YouTubers have also criticised him for making such videos.

The Pakistani-Canadian Vlogger Zaid Ali took to Twitter, sharing how fed up he is of such type of content.

Another famous YouTuber Saad ur Rehman a.k.a. Ducky Bhai replied to Zaid Ali’s Tweet and said that content creators have a responsibility as they influence countless people!

As public figures they have a responsibility and influence over countless people.. yet this is the crap they are doing. The funny thing is people find this cute and lovely.

This is not the first time that Sham Idrees has faced criticism from followers. He also got trolled for making wedding pranks videos in the past. Also, Ducky Bhai and Sham Idrees got into an ugly social media war a few months ago that made headlines.

I don’t need to say anything, zaid him self knows who he is from inside, sham knows who is he from inside, such cheap thrills are part of their personalities. Zaid is doing nothing but taking personal grudges out at shaam, and zaid is nothing but a fag.

Let’s see if the story is going to take a new turn after Sham Idrees post his response.