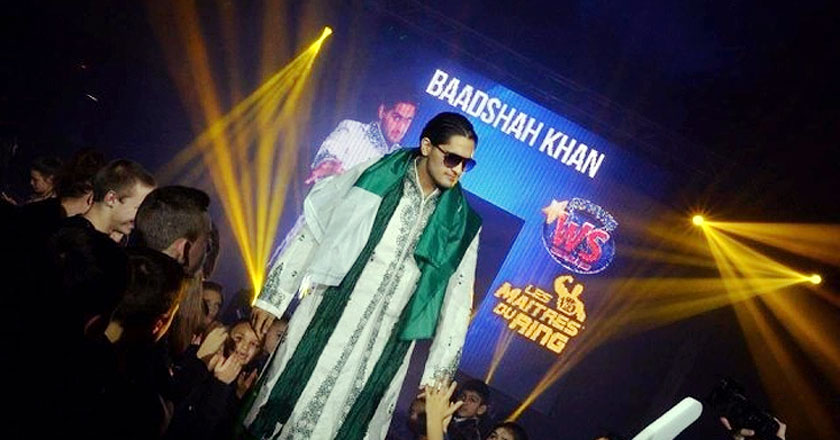 Pakistan-based wrestler, Baadshah Pehlwan Khan, having impressed everyone in Europe is all set to begin his journey at the renowned WWE competitions.

Rawalpindi’s Baadshah Khan is currently residing in Paris, Europe and works for one the world’s best pro-wrestling company, Wrestling Stars, aka Catch WS. Having won a huge number of fights and having his name branded in the world of wrestling across countries like Belgium, Spain and France, Khan’s friends encouraged him to take part in WWE.

Baadshah Khan has just submitted his video as part of the auditions for WWE’s reality show Tough Enough and has high hopes for it. If selected, Khan will be the first Pakistani ever to represent the country at WWE.

WWE’s Tough Enough presents the ultimate opportunity for wrestlers to showcase their skills at the global level and receive recognition.

Tough Enough hosts 15 participants from across the world, 10 men and 5 women, to compete against each other to win the USD 250,000 prize. As part of the competition, all competitors are given professional wrestling training and grooming by the association before they are given the WWE contract.

Baadshah Pehlwan Khan, being the true Pakistani that he is, always represents his country at the wrestling ring by wearing a unique dress, of the colors of the Pakistani flag. Donning white sleeveless shirts and green shalwars, the man has made Pakistan proud at many levels. Here’s to hoping he wins his way through at WWE too.

Pakistan’s Badshah Pehelwan Khan to Fight in WWE by viralinpakistan