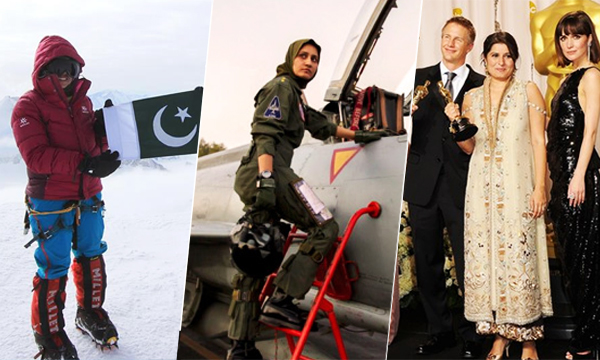 On 8th of March, we celebrate International Women’s Day. It is a day that recognizes the greatest achievements of women and calls for attaining gender equality in the society. On an occasion, when we talk about all things great done by women, we cannot simply do that without mentioning a troop of influential and talented women of Pakistan who are not only making the name of our country proud but are also serving the society.

Let’s have a look at some of the names that have attained international fame and recognition for their remarkable work.

Pakistan is one place where women have broken stereotypes, overcome gender biases and with the flair of creativity, have outdone all expectations while exuding panache. Pakistani women stand tall in the face of adversity. Indeed, success comes to those who strive hard and these ladies are an awe-inspiring example of this!

Brandsynario has compiled an exclusive list of the top  inspirational women who are changing the face of Pakistan: Pakistan-born scientist Nergis Mavalvala made a history and gave a reason to all Pakistanis to feel proud as she was an integral part of a team who was working on gravitational waves, which is regarded as one of the biggest discoveries of the century.

Mavalvala was born in Karachi and moved to US in her teenage. 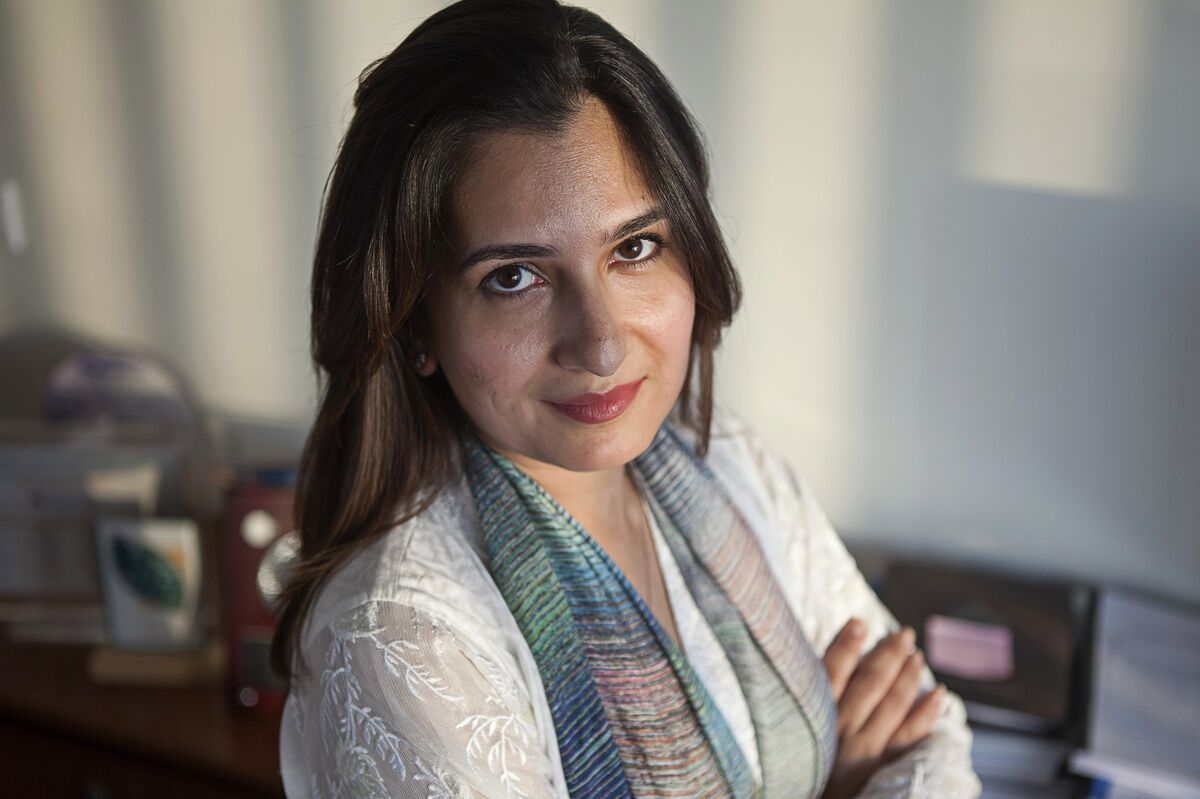 The CEO of Alfalah GHP Investment Management made it to the Forbes ‘40 under 40’ female executives list of 2015.

She is the only female CEO in the asset management and is breaking glass ceiling in this industry with her effective and results driven leadership. Sharmeen is the voice to those who cannot be heard. She is a Pakistani journalist and a documentary filmmaker who won an Academy Award for her documentary, Saving Face in 2012; hence becoming the first ever Pakistani to bag an Oscar.

She is globally known as a catalyst for social change. Recent news hints that Sharmeen is working on a project featuring Meryl Streep. We sure can’t wait for that! 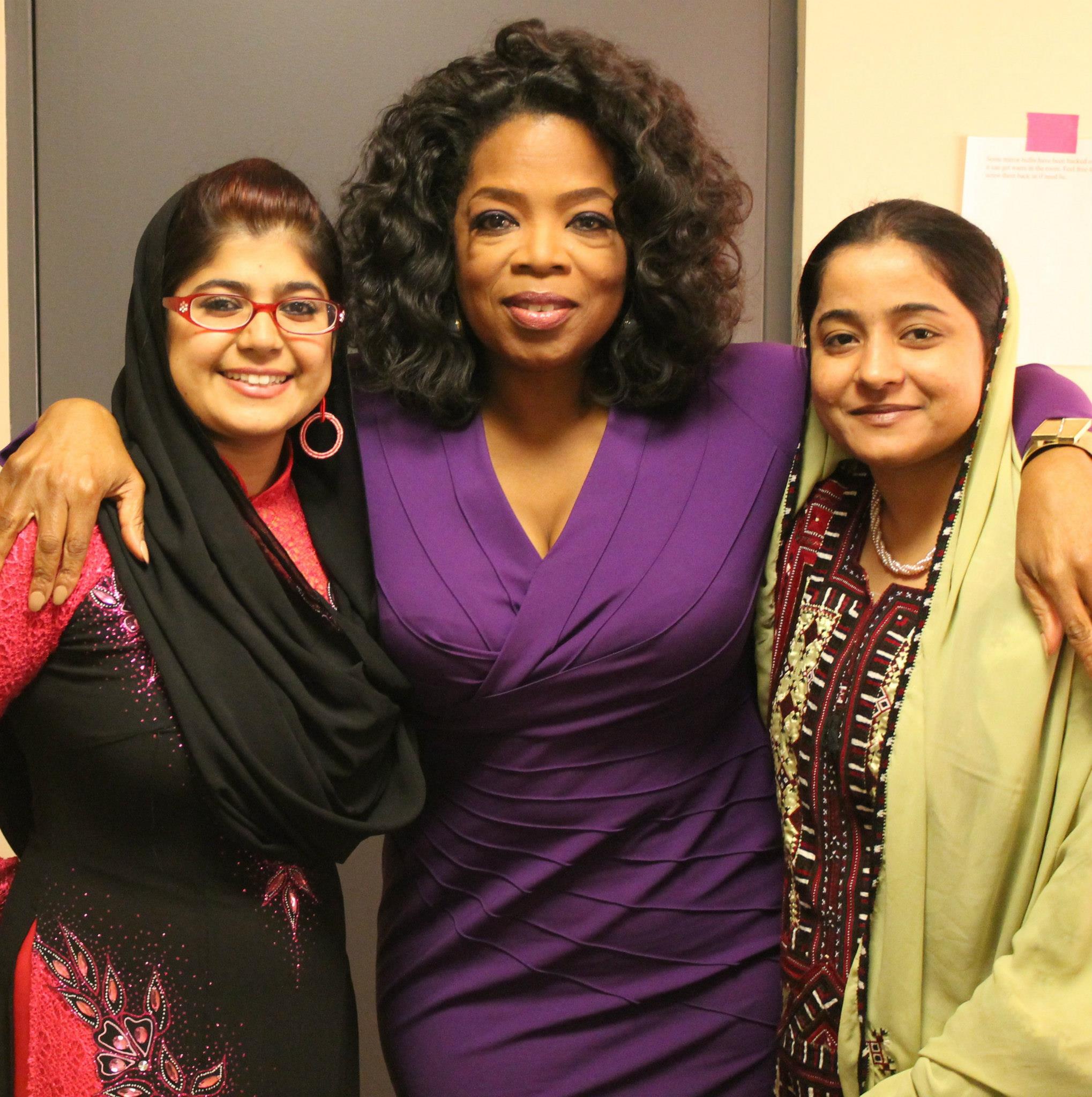 These two women of substance were included in the Forbes ’30 under 30’ social entrepreneurs list of 2015. Brohi got recognition for her non profit entity Sughar, which is an entity that provides training to women in 23 villages of Pakistan to empower them.

She received numerous awards for her and recognition for her work from world’s renowned philanthropist Oprah Winfrey.

On the other hand, Fiza Farhan the CEO of Bukhsh Foundation also made it to the esteemed list of ’30 under 30’ social entrepreneurs list of 2015. Her social enterprise works on bringing clean energy projects to poor and rural areas.

In addition to getting this recognition for Pakistan in Forbes’ list, she is also making Pakistanis proud by serving as a member of the High-Level Panel of the UN Secretary-General on Women’s Economic Empowerment. The daughter of legendary singer Ata Ulla Isa Khelwi, Laraid Ata has all the reasons to raise our head up high as she is the youngest Pakistani to work as a visual effect artist in Hollywood. She began the journey of her career when she was merely 19.

Mega hit movies of Hollywood such as: Gravity, Godzilla, X-men: Days of future past had effects given by this talented Pakistani girl.

Hamna Zubair is the only woman from Pakistan who took part in 26 miles New York Marathon. She ran in the marathon to raise money for the children of The Citizen’s Foundation.

She obtained rigorous training in the scorching heat of Karachi to run in this marathon in New York. Through the funds she raised, she supported the yearly cost of education of as many as 194 children of TCF. Topping the list is Bilquis Edhi- a true symbol of benevolence and patronage. She is the backbone of Edhi Foundation and holds the honor of being awarded the prestigious Hilal-e- Imtiaz along with the Ramon Magsaysay Award in 1986 for public service.

The foundation provides maternity, adoption, and free medical services; it has saved over 16000 unwanted babies.

No doubt, Bilquis Edhi is a true woman of substance. We salute you! Malala Yousafzai is the youngest girl who was awarded the Nobel Peace Prize for advocating girls’ education in SWAT.

She was shot in the head by the Taliban gunmen in 2012; since then she has constantly strived for women’s rights and has even secured a place in the Top 100 most Influential List of People in the Times Magazine.

Malala has recently opened a school for the Syrian refugee girls in Lebanon. Nothing can back this girl down! Ayesha has broken all cultural norms by being the first female fighter pilot and that is why she deserves the 4th spot on our list!

She is the nation’s true protagonist in her own right; she is fighting to eradicate Waziristan off Taliban while jeopardizing her own life to protect the nation. The nation owes you! In a society which looks down upon disability, Muniba is one girl who has risen from the ashes and redefined herself. She is an accomplished artist and motivational speaker; with her exquisite smile and vibrant energy, she has taken over the hearts of many.

Her poise has remained indestructible, even after she met a tragic road accident; instead of wallowing in self -pity, she stood tall with elegance. She showcases her art on her blog Muniba’s Canvas and motivated many APS attack survivors by visiting hospitals. She is a true hero for all of us!

Read More: Top Companies to Work for In Pakistan Samina Baig has broken stereotypes by being the first Pakistani woman and the third Pakistani to conquer Mount Everest. Samina was also the first to conquer the Chashkin Sar peak in 2010 which was then named after her.

Being a woman, she has proven that there is no task that a woman cannot succeed at, no matter how painstaking that might be, and that is why you’re on this list. Samina, you rock! 7th in our list is Shaheena Waqar, the women rights activist! She established an organization by the name of Women Aid Trust in 1997. With the help of this organization, she has taught several prisoner women various skills so they remain independent once they get out into the real world again.

Her noble cause helps these women restructure their lives instead of feeling dejected and demotivated. An example worth sharing; Shamim Akhter’s confidence and resilience of breaking through the gender biased hurdles of our society by being the first female truck driver of Pakistan, deserves a spot on the list.

Shamim is a 53-year-old single mother whose drive and determination made her accomplish what many thought was impossible. This woman is a true icon of breaking taboos in a gender biased society of Pakistan by becoming the first female taxi driver.

In a society where driving a taxi is not considered a respectable profession even for men, let alone women, Zahida has proven that when it is about taking charge and feeding your family, no profession is gender specific. Due to her remarkable passion for education, Aasoo Bai has made it to our list! Belonging to a small district of Umerkot- Sindh, Aasoo manages her own school in her home village.

Being only 22, handicapped and daughter of a poor farmer, she teaches over 200 students. Undoubtedly, she is an inspiration for all generations and her efforts are worth applauding.

Did you find the article useful? Comment below to let us know!