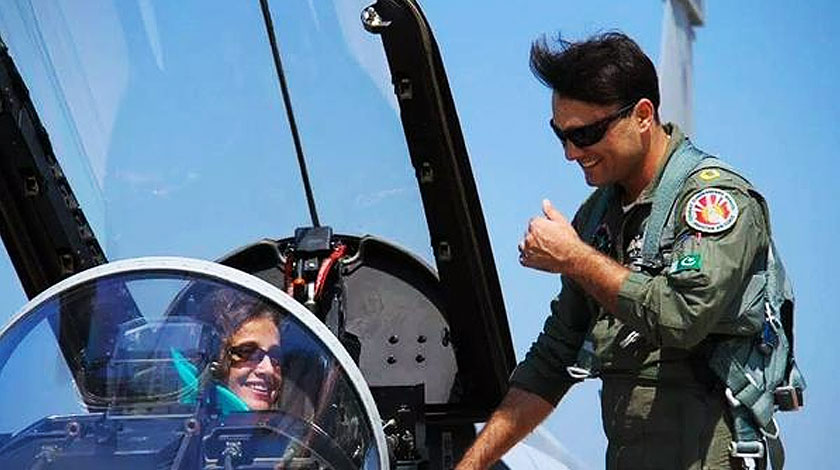 Who knew that the on-screen fictional Lt. Pete Mitchell aka Maverick could be seen in flesh and blood in our very own country!

Recently a tweet went viral identifying a JF-17 pilot of Pakistan Air Force, Squadron Leader Yasir Mudasser as a lookalike of the most sought-after actors in the Hollywood’s screen history – Tom Cruise.

Have a look at the picture below and give your eyes a reason to believe!

With the black specs on and easygoing poise, anyone could mistakenly believe that picture was of their Hollywood’s heart-throb straight out from the movie Top Gun.

“It’s funny. One never imagines that you’ll get this kind of attention when you’re training day-in-day-out,” the pilot told AFP. No wonders our pilot was taken aback from this not so expected treatment during one of his routine practices.

The news is all over social media and the huge fan followers of Tom Cruise can’t wait to see more glimpses of their dreamboat’s lookalike.