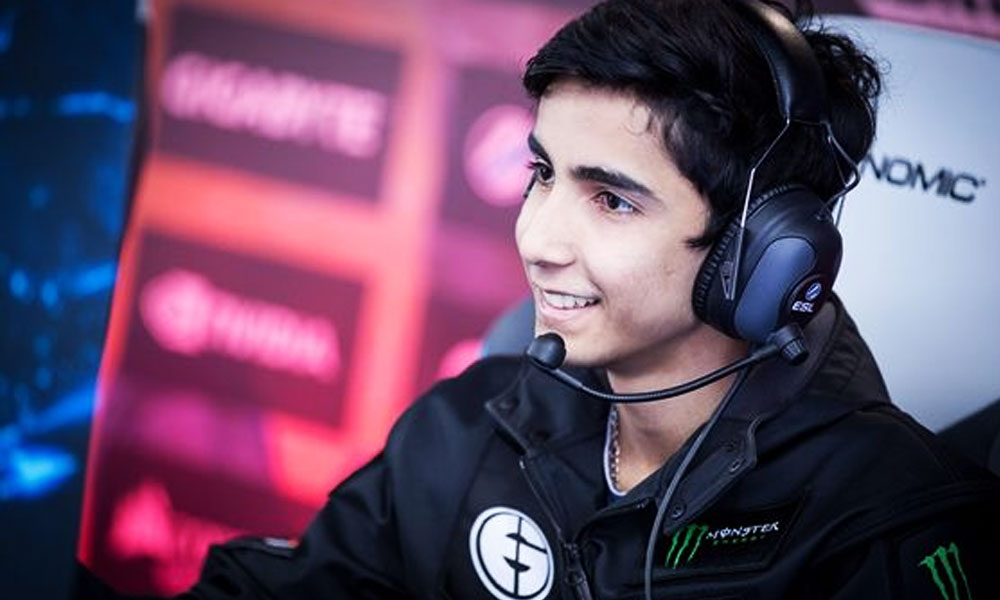 Pakistani teenager, Sumail Hassan, also known by his gamer ID ‘Suma1L’ is a professional Dota 2 player hailing from Karachi. The 17 year-old started playing Dota ten years ago at the young and tender age of 7. He then moved to the US in 2014 to pursue a professional career in e-Sports.he young boy was a part of the team who won the International 2015, Fear,

The young boy was a part of the team who won the International 2015, Fear, Aui 2000, UNiVeRse, and ppd events. He also made the nation proud by winning Dota 2 Asia Championships held in Shangai in 2015.

Participating in 29 tournaments, Sumail has earned a massive amount of $2,401,426.34, making him the world’s third highest earning gamer! He has also been recognised by Guinness Book of World Records as the youngest gamer who has successfully surpassed $1 million USD in tournament cash prizes.

Sumail was also nominated alongside Malala Yousufzai as one of ‘Time’s Most Influential Teenagers’ in 2016.

The only two gamers who have earned more than Sumail are Peter Dager and Sahil Arora, both of whom are Dota players and are affiliated with ‘Evil Geniuses’. Sahil has earned $2,720,623 throughout his Dota 2 career, while Peter has earned $2,603,724.