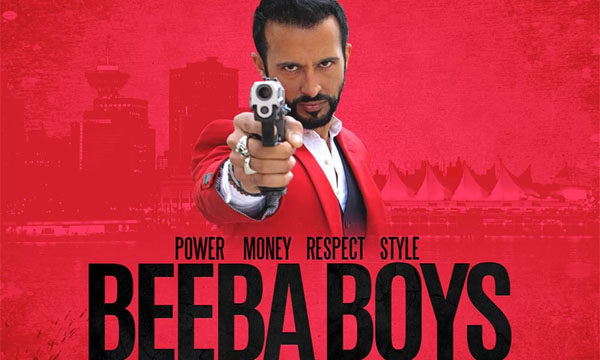 Remember Ali Kazmi as the vile Sikander in Jackson Heights? Well, the rising star has made it to Hollywood in an upcoming movie Beeba Boys, all set to be unveiled at the Toronto International Film Festival (TIFF) being held this September.

The plot revolves around the story of a Sikh gangster who unites young bawdy boys, aiming to rule over the drug and arms dealings in Vancouver.

Check out its thrilling trailer here.

The dapper Kazmi will yet again be seen in a villainous avatar and sports the perfect gangster look with his vivacious expressions and crisp dressing.

However, there is no stopping for the emerging Pakistani hero. Apart from his debut in Hollywood, Ali Kazmi will be seen in Lollywood’s sci-fi film Sedare and Bollywood’s action-packed Shivay, directed by Ajay Devgan.

While the Toronto International Film Festival will kickstart from September 10th, we wish our Pakistani actor best of luck for his entrance in Hollywood with Beeba Boys.