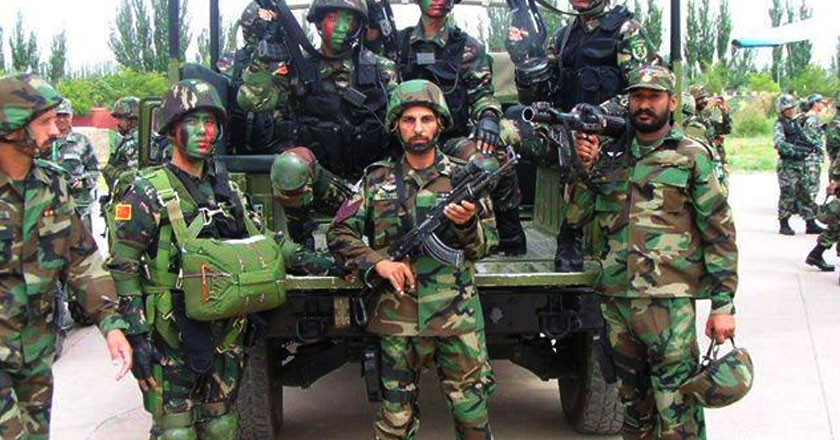 There is no doubt about the bravery and supremacy of technical warfare skills of the Pakistani armed forces – a fact that was highlighted by several international news agencies in the last two years, with the Pakistani military ranked amongst the top 10 strongest armies in the world.
It does not come as a surprise that Pakistan Army’s elite Special Forces unit, the Special Services Group (SSG), has been crowned the best Special Forces group by Business Insider Australia.
The Pakistani SSG commandos, commonly known as the ‘Black Storks’, because of their unique headgear, are ranked higher than the United States’ Navy SEALs, Spain’s Naval Special Warfare Force, and the British Special Air Service group.
The Pakistani SSGs, whose motto is ‘Mann Janbazam’ meaning ‘Men of Heart’ go through a strict training regime, where they are entitled to serve the Pakistan Army for at least five years, after which they must voluntarily participate in a nine-month SSG course, which includes having to complete a thirty six mile march in less than twelve hours and a five-mile run in twenty minutes in full gear.
The Pakistani SSG Commandos are followed by the Spanish Unidad de Operaciones Especiales, Russia’s Alpha Group, and France’s National Gendarmerie Intervention Group (GIGN).
Read More: Pakistan’s SSG Commandos Amongst the ‘Top 10 Forces of the World’