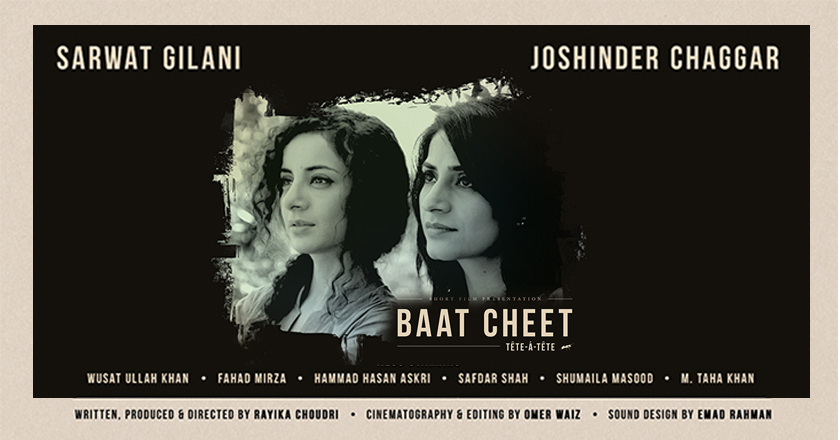 A Pakistani short film tited “Baat Cheet” featuring Sarwat Gilani and Joshinder Chaggar in leading roles has been invited to participate in the Short Film Corner at The 68th Annual 2015 Cannes Film Festival to be held from 13th to 24th May, 2015.

Written, produced and directed by Rayika Choudhry, the short film has already had acclaim in the form of three gold awards at the Documentary & Short International Movie Awards 2015 (Indonesia) in directing, newcomer and international short film categories.

Here is to hoping there are some stellar acting performances by Sarwat Gilani and Joshinder Chaggar.

The Festival is held every year in France and a vast assortment of culturally diverse and enriched movies are showcased.