Samir Iqbal, an associate professor in the Electrical Engineering Department at the University of Texas at Arlington has developed a new cancer cell detection system that will help in diagnosing cancer at a very early stage.

According to the reports, Samir shared the breakthrough development of him and his team in a recent Nature’s Department Reports paper called ‘Effects of Nonotexture on Electrical Profiling of Single Tumor Cell and Detection of Cancer from Blood in Microfluidic Channel.” 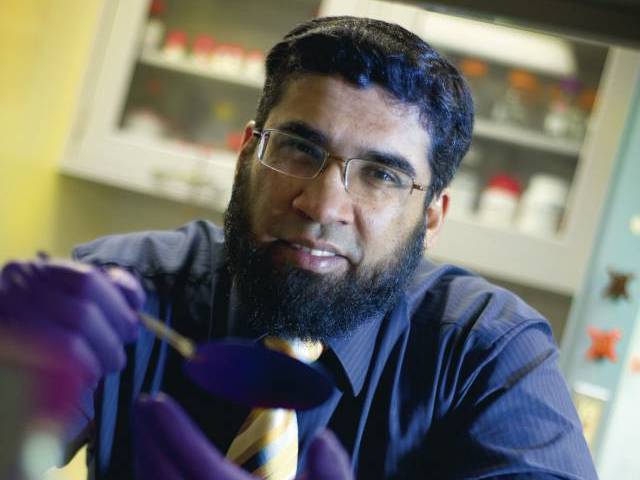 The details described in the paper mentioned that the device works by tracking a cellular behavior using the nanotextured walls that imitate the layers of body tissues.

Iqbal while explaining the project said “The answer was in creating a nanotextured wall that fools blood samples into thinking its actual tissue,” Iqbal said.

“We used inherent properties of the cell walls to create a diagnostic tool. The cancer cells behave differently as they come into contact with the nanotextured walls. They dance.”

According to him, these dancing cells will help the doctors to diagnose the cancer cells at a very early stage and will help them to start the treatment early.

“Discovering the cancer earlier, before it metastasizes, is essential to surviving cancer,” Iqbal said. “Our device has the potential to do that.”

Iqbal to carry this project has received up to $1.4 million in grants since his arrival at UTA in 2007, whereas a 2014 $480,000 National Science Foundation funding has sponsored in the creation of the device.

On the other hand, Khosrow Behbhani, dean of UTA College of Engineering earlier before the development of this device claimed that the research of Samir Iqbal is groundbreaking. “Dr. Iqbal and his colleagues are bringing engineering innovation to meet the challenge of early cancer detection,” Behbehani said.