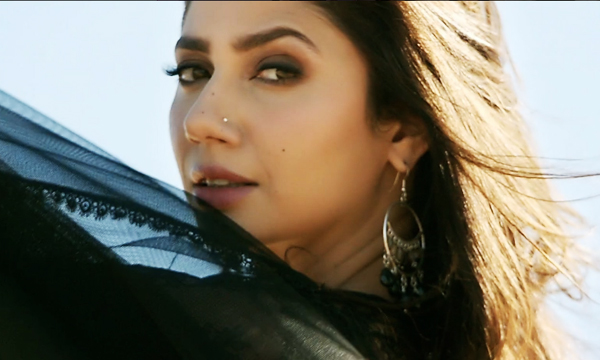 The Bollywood Zaalima, has literally floored the whole of subcontinent! The critics of Indian nation seem reluctant to admit that our Humsafar hottie has rocked her role in Raees. However, the reviews from worldwide movie-goers are applauding MK for perfectly portraying the character of SRK’s wife Aasiya in the movie.

What is more, the whole of Pakistan is well aware that our ‘piyaari’ heroin is a pro at whatever she does. However, MK is upset over the innumerable controversies that have plagued the release of Raees and so are her fans! In an interview with Deccan Chronicle, the actress appeared proud over her massive feat in Bollywood:

I am the first Pakistani actress who got the opportunity to work with Shah Rukh Khan as the main lead.

But I feel that my success and fame has come under the evil eye due to which my film has not been able to release in Pakistan.

Nevertheless, she is hopeful about the prospect of Bollywood movies in Pakistan!

What is more, she divulged that she would prefer to work in her own entertainment industry rather than Bollywood!

Pakistani films are my priority however; I had never compromise on the role. I will work in films based on quality productions and significant characters.

The buzz is that Raees will be soon hit the cinemas in Pakistan! Today, Hum Films is releasing Hrithik Roshan’s Kaabil natiowide. Seems like, Raees too will soon be granted approval