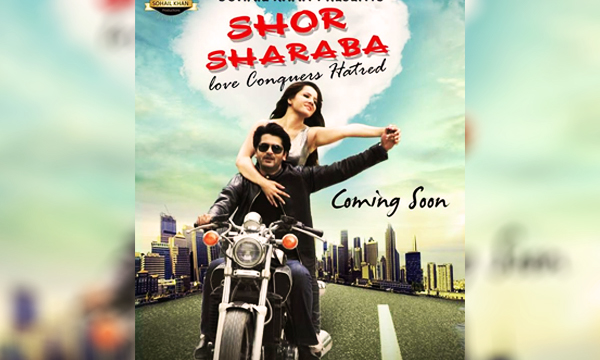 First look poster of the upcoming Movie Shor Sharaba is out and it features singer#RabiPeerzada and Mohabta Sachiyaan famed model/actor Adnan Khan in lead roles.

Rabi, while speaking to The Express Tribune revealed that she belongs to a very conservative family. She had been trying to bag an opportunity for her silver screen debut from a very long time, but as the type of Pakistani movies that were produced earlier, it was impossible for her to take part in any of it. Rabi further included that the Pakistani movies that are being released now are much more moralistic than before. “The new ones were entertainment-centric, had scripts based on lighter topics, and featured new talent, which was a welcome change.”

Produced under the banner of Sohail Khan, the movie Shor Sharaba revolves around a cross-collaboration story of India and Pakistan. Due to the vast coverage and story line, the shots of the film are visualized on different locations. The production of the movie is expected to end this March.

Pirzada, while commenting on her participation in the movie said that she is completely satisfied with the project line as well as she has chosen the project with her family’s permission.

Pirzada wishes her debut to be a successful one that could be remembered for years and could bring an important change in the industry.

Meanwhile, listen to her song below: