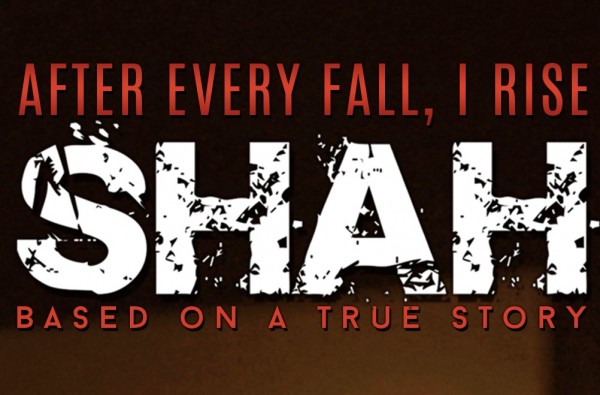 Pakistan’s first ever biographical sports film “Shah” on the inspirational life of the legendary boxer Syed Hussain Shah has hit the silver screens on Independence Day 2015 and is all set to punch big numbers over the box-office against its other cinematic rivals.

A tribute to the uncelebrated champion and the pride of Pakistan, the revolutionary biopic unveils how Shah became the only boxer to be honored with an Olympic medal accolade in the nation’s sports history of more than 50 years.

But soon after his Olympic achievement, Shah was forgotten by the public and media alike and he went back to a life of abject poverty.

The tale of blood, passion, triumph and defeat has been directed and penned by Adnan Sarwar, also playing the the lead role of the sports star Shah in the movie.

Answering to the press at the premiere,  Adnan said,  “I am extremely pleased that the film SHAH is receiving such an overwhelming response from the people of Pakistan. For the most part, it is due to Hussain Shah finally getting the kind of acknowledgement that he deserves. Seeing people walk out of the cinemas with tears in their eyes gives me hope that the treatment that was meted out to SHAH will never be repeated again.”

Reportedly, the movie even received a standing ovation in the first twenty minutes during its premiere in Karachi.

View some pictures from the premier of Shah below.

Read the raving reviews of Shah as shared by Twitter town.

The halls goes into tears as Hussain Shah takes a bow at the premier of “Shah”. A film based on his life as a boxer. pic.twitter.com/0ec2hZUwsb

SHAH the film .A powerful message ,An inspiring story.A tale of betrayal by ones own — Maheen Khan (@Maheenkhanpk) August 14, 2015

Hope the movie #Shah qualifies for the #oscars and the achievements of the legend get recognised for his contribution to the nation.

SHAH IS SUPERB! JUST GOT OUT OF THE THEATRE – GOOSEBUMPS ! THIS IS THE FILM PRESIDENT AND PRIME MINISTER MUST WATCH ! #shah #pakistanifilm — Nabeel Qureshi (@nabeelqureshi) August 14, 2015

NOTHING captures a truer spirit of where we are as a nation & where we need to go than what I experienced tonight at #Shah #PakistanZindabad — adnanmalik (@adnanmalik) August 13, 2015

#Shah is a gift for the hard working ppl of lyari. I’d suggest to show it on large screens in that area.They can’t afford a 600rs ticket — UMAIRICA (@Umairmirza) August 13, 2015

#Shah – a voice for all the unsung sporting heroes of our nation! #pakistan #boxing #cinema #lollywood — zara iqbal (@zaraiqbal) August 15, 2015

#Shah , what an honest movie. Heart broken yet loved it. Everyone should go watch it. #PakistaniCinema #UnsungHero pic.twitter.com/zz8O0L2fah — Hasan Jaswal (@hasanjaswal) August 15, 2015

#Shah gives strong punches to the feudals in our sports establishment & Answers alot many questions of our failure to reproduce legends. — abdulla (@cheems_) August 15, 2015

Do you think Shah will box its way to the top and knock down Moor and Dekh Magar Pyar Sey? Share your views in the comments below.