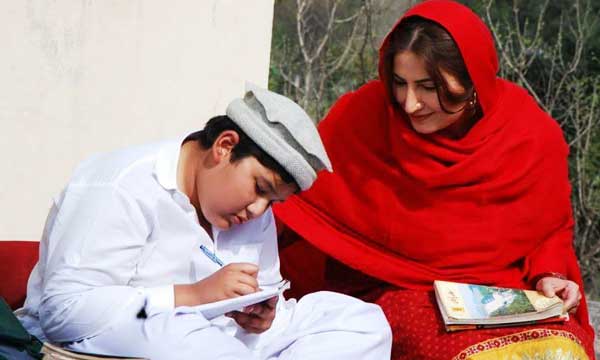 The Pakistani soil is filled with stories of forgotten champions who lost their lives in the name of patriotism. One such story is that of Aitzaz Hassan, a 16-year-old boy who sacrificed his life on 6th January 2014 to avert a suicide bomb attempt at his school in Hangu.

The young soul’s  sacrifice and courage saved the life of 2,000 children who can now live and do great things for Pakistan. Last year, the Lollywood veteran, Shehzad Rafique took the task of filming a biopic on the hero’s life.

The movie has now hit the cinemas and is reaping rave reviews by the cinema-goers.

The cast of Salute marks the return of the actress, Saima Noor after several years on the silver screen. The critics are applauding her acting and have deemed her performance to be heartwrenching!

Social Media has given Salute a thumbs up and have rated it as a must-watch!

#SaluteTheMovie Definitely brings tears to your eyes & generate a whirlwind of emotions. Don't miss to watch this patriotic efforts pic.twitter.com/qwb6CAPP6X

Excellent word of mouth for #Salute. Picking immensely over the Weekend. Good!!!!

What a beautiful film #Salute is. Big Story with big heart. Shehzad Ragfique you have done splendid work. Much better film than recent films

#Salute .. what a beautiful film!! Loved it completely. Superb performances by #Saima and wonderfull direction… https://t.co/Y4pQQ4KmVJ

True story based on selfless sacrifice of #AitazazHassan, while preventing 2000 students. #SaluteTheMovie Say No to Corruption
javed khanani pic.twitter.com/FIC7rwcDX8

#salutethemovie movies like these should be produced in the future

The movie direction, story and execution all made the flavors of #salutethemovie COMPLETE!

#AitzazHasan the real hero of Pakistan! #salutethemovie this movie will surely make you fall under emotions!

Saima, who played the mother of Aitzaz Hassan,  have won the hearts of the audience!

The role of #Saima as mother of #Aitzaz is amazing! #SaluteTheMovie

Saima you are evergreen. Best female performer of our cinema. And Ajab Gul man you are natural. Super duper performances #Salute

Will you go to watch Salute in Pakistani cinemas? Let us know in the comments below.