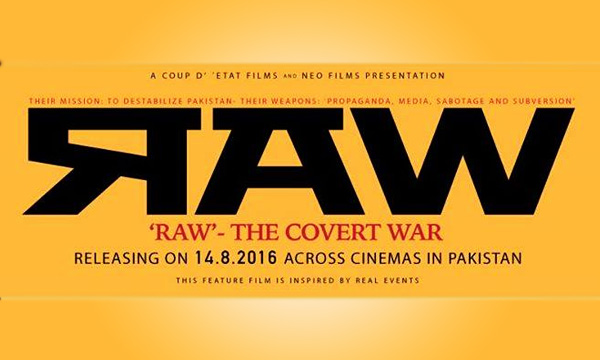 Check out the poster below:

The movie’s storyline is based on a covert who has waged against Pakistan by the blatant Indian Intelligence Agency – RAW.

The film is a production of Coup d état Films and NEO Films. Written, produced and directed by Shehzad Nawaz, the film is an action-packed film that is currently in the phase of production.