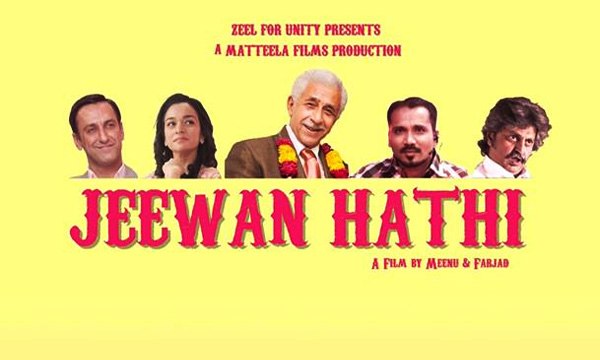 Written by Faseeh Bari Khan of ‘Qudosi Saheb Ki Bewah’ fame the film has been produced by Mazhar Zaidi. The film writer talked to Brandsynario about his first cinematic venture.

“It is dark comedy highlighting the corruption and malpractice in our media,” he said. He also said that 60 minutes long film would be showcased as a part of Zee Zindagi TV’s unity initiative in India. The film was completely shot in Karachi and ace actor Naseeruddin Shah especially flown from India to Karachi to take part in the shooting.

“Naseeruddin Shah sb has a special appearance in the film and he came to Karachi for two days to shoot his part in the film,” the writer said.

Faseeh Bari Khan also said that they were planning to take the film into different film festivals. He also added that he was also busy in writing a full-length commercial film for Meenu Gaur and Farjad Nabi for which they were thinking to rope in Indian actress Tabu.