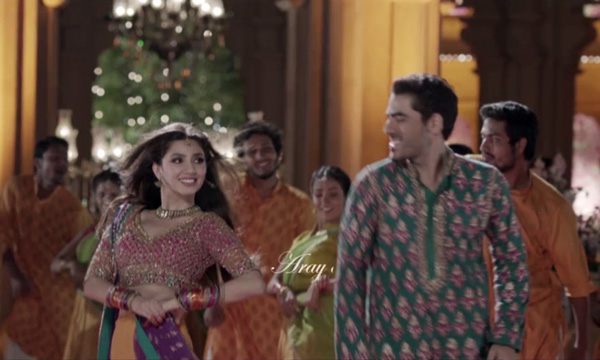 UPDATE: The opening week sets the tempo for the movie’s progress on the box office; however the second week ensures the film’s fate. Ho Mann Jahaan has maintained a healthy business after the second week’s completion as the film has managed to reap PKR 100 million mark- the figure had been quoted by the CEO ARY Films, Jerjess Seja.

Despite reaching the milestone, the movie’s performance did witness a small dip after the first week went quite successful. Upon the opening, the coming of age movie grossed PKR 32.5 million within two days but it also reaped PKR 70 million since then.

Nevertheless, the movie is still having a smooth sail in the local cinemas. “The first week for the film was just brilliant and even recorded excellent turnouts during weekdays. Even in the second week people are coming to see the film and it has 60% occupancy.” the general manager of Super Cinemas in Lahore, told Express Tribune.

Dubbed as the musical extravaganza of the year, Ho Mann Jahaan has racked up big numbers at the Pakistani box office. The most talked about Pakistani film Ho Mann Jahaan staring Mahira Khan, Adeel Hussain and Sheheryar Munawar has reaped up to 6 crores in the first week of its release.

Revealing a more detailed description about the earnings, it claimed that the film has seen a positive increase in terms of profit. The first day sales accounted to be Rs 1.4 crore, whereas the second-day sales heightened up to 1.5 crores.

HO MANN JAHAAN! “Don’t walk in front of me… I may not follow Don’t walk behind me… I may not lead Walk beside me… Just be my friend” #SheheryarMunawar #AdeelHusain #MahiraKhan #Pakistan #UK #US #MiddleEast #Cinemas

The movie is expected to cross 10 crore benchmark at the end of the second week. The expectations also reveal that the due to maximum fan following, promotion of the movie, Shakar Wandaan dubsmash videos, university trips for the promotions, the movie Ho Mann Jahaan can earn up to 12 crores in the latter weeks

Here is the breakdown for the first weekend:

Ho Mann Jahaan did best in Karachi, where 85% figures came from Nueplex, Atrium and Cinepax. Whereas small cinema houses didn’t contribute as much.

The cast of Ho Mann Jahaan – Mahira Khan, Adeel Hussain and Sheheryar Munawar – also surprised cinema audiences at Atrium Cinema, Karachi by showing up unannounced. The trio danced to the Shakar Wandaan song, just as the song went on the big screen. Watch the video below: