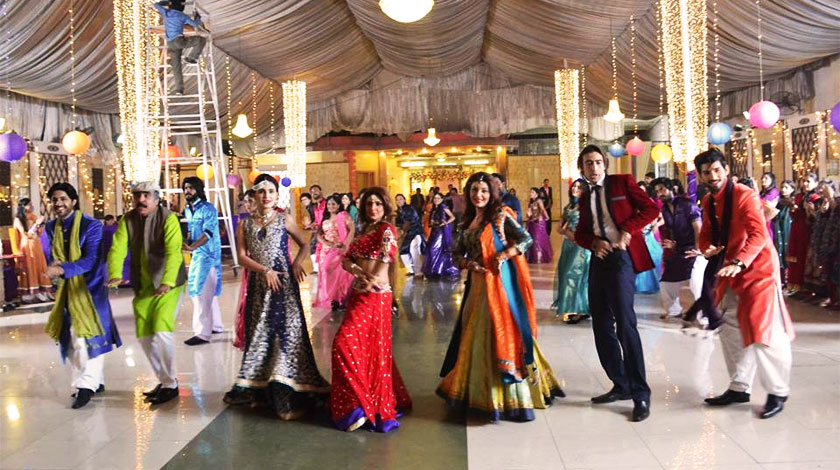 The romantic comedy ‘Halla Gulla’ is ready to set the stage on fire and join the list of Lollywood Blockbusters.  Filled with comedy, drama, romance, ‘Halla Gulla’ is expected to release on August 20, 2015.

The cast of the film includes our very own Na Maloom Afraad’s Javed Shaikh, Ismail Tara, Sidra Batool, Asim Mehmood, Muneed, and Ghazala Javed. With this stellar cast, the film is written by Raheela Mushtaq and Directed by Kamran Akbar Khan.

None of us could have imagined how fast our very own Lollywood cinema has developed. Surprisingly, Lollywood has revived Pakistani film industry with series of amazing movies such as Na Maloom Afraad, 3 Bahadur, BOL and Khuda ke liye.

The movie will be a light comedy, similar to Bollywood comedies Golmaal and Houseful. Javed Shaikh will be seen playing the lead role that of a Don – adding packs of laughter and comedy while Asim Mehmood will be his on-screen son.

Glancing at few stills from the movie, it is assumed that the film features a wedding. Talking about the music, the movie has an array of songs including an item number titled as Ishq Kamla too. The music is by Sahir Ali Bagga with legendary singers like Rahat Fateh Ali Khan and a few leading Indian singers like Kunal Gunjawala on-board.

Produced under the banner of SE films, Halla Gulla will be released by IMGC.  With the Pakistani film industry on the rise, high expectations have been set on Halla Gulla.

The film will be facing fierce competition from other Pakistani films such as Wrong Number, Karachi Se Lahore and Dekh Magar Pyar Se.

Let’s see which movie makes it to the blockbusters list!