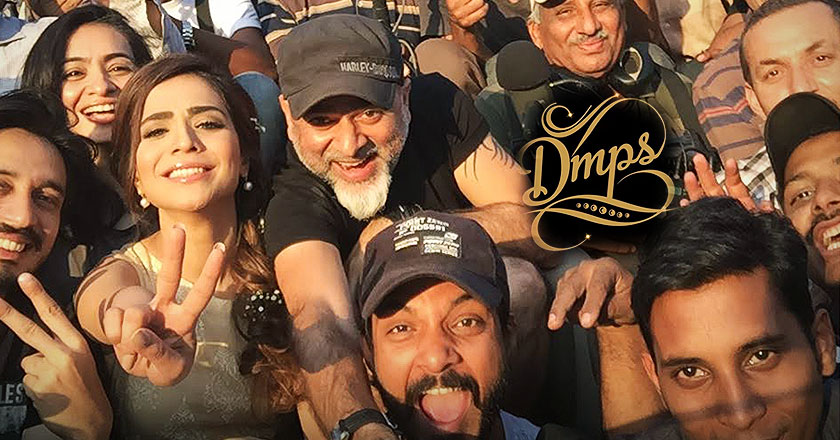 Dekh Magar Pyar Sey is penned down by the writer of “Karachi! You’re Killing Me”, Saba Imtiaz.

“Dekh Magar Pyaar Say’ is based in the cultural capital of Pakistan and will be featuring a spanking brand new outlook on the traditional romantic movie, one that is filled with twists, turns, surprises and everything in between, all the while debunking established cliches associated with the romance genre,” Asad-ul-Haq said in an interview.

Over the 45 days of filming in Lahore, the historic city’s rich cultural heritage came alive with the movie filming across Lahore’s magnificent landmarks for what are posed to be the movie’s most memorable scenes.

Shoot days on the fields of gold .Before the rain came and made it all magical !!! Moment captured by our very own star

“Do. Or do not. There is no try.” The Empire Strikes Back… direct from the set of Dekh Magar Pyaar Say !! Photo by Amna Zuberi