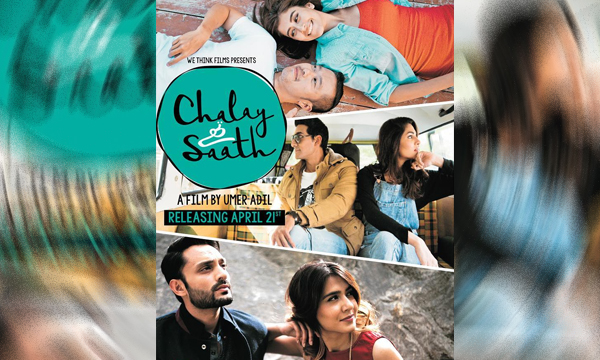 Chalay Thay Saath, the highly anticipated upcoming feature film produced by We Think Films in association with Hot Water Bottle Films, is set to release in cinemas across Pakistan on April 21st, 2017.

Chalay Thay Saath is a journey of growth, friendship, and love set in the backdrop of stunning mountains in the north of Pakistan.

A story of travelers on the road to self-discovery, dedicated to the remote region of Hunza and its beautiful people.

This film follows the stories of 6 individuals, each going through their own journey in life and explores their connect with each other and the magnificent surroundings.

This refreshing, feel-good, romantic-drama, inspired by true events has been directed by Umer Adil, written by Atiya Zaidi and jointly produced by the duo Beenish Umer and Umer Adil.

Sheikh Shiraz Mubashir is the Executive Producer for the film and the film is to be distributed across Pakistan by Distribution club.