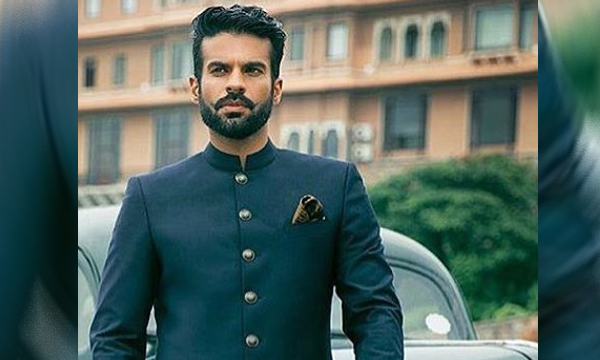 While we all are loving the chemistry of Adnan Malik and Sanam Saeed in Hum TV’s drama “Dil Banjara”, the electrifying pair are now all set to raise the game even higher this time around.

The dazzling duo are all set to rock and roll in the upcoming Pakistani movie “Cake”.

My supersta costar @sanammody and I behind the scenes on the photoshoot of our new project #gypsythelovestory on #Humtv! Photographed by the very talented @fayyazahmed! It’s been quite a trip shooting it, but I’m really happy with the transition from Khalil to Sikander! #comingsoon #sanamsaeed #adnanmalik #nidasikki

Joining the cast of the new-age film is the dusky diva, Aamina Sheikh.

You need to see Adnan Malik’s jaw-dropping look in the movie!

#Repost @adnanmalik1 with @repostapp ・・・ #firstlook at my character from #cakethefilm Can’t give you his name and number yet, but will let you know that it’s a beautiful character in an incredibly written film. ❤🍰🎥 #comingsoon #pakistanicinema #adnanmalik #sanamsaeed #aaminasheikh #lollywood #sadqaytumhare #dilbanjaara

While Sanam Saeed has proven her mettle in countless local movies and Aamina Sheikh has wowed the world in Seedlings, it will be Adnan Malik’s grand debut on the silver screen.

The rising filmmaker, Asim Abbasi will be proving his directorial prowess for the first time on the big screen with this project.

The movie has already completed its shooting spell in Karachi and is all set to kick-start filming in the interior Sindh.

Watch what the cast and the director had to tell in Brandsynario’s live coverage!

Why the movie has been named ‘Cake’?

Surely, the cinematic endeavor has been titled with a much-peculiar name. However, the team revealed that the name Cake will relate  to the many “layers’ and “sweetness” of life.

The cast revealed that the genre of Cake has never been experimented before in Pakistan and will surely appeal to the masses.

“It is a fast-paced film that audiences can relate to. It doesnt not have the slowness of an art film. It is about everyday life but not about mundane affairs”

Ecstatic about his dream debut, Adnan Malik divulged that he loved the script the minute he read it and got so emotionally engrossed in the story that he could not help saying yes to Asim.

“It is funny, it’s got everything really. The story has a contemporary feel”

“I got various offers for movies but I wanted to work among people with both local and international vision. And play a role in a story that could actually connect to the people”

About the director ‘Asim Abbasi’

While many celebrities would prefer for to work with a  director that boasts a portfolio of experience, the young Asim appeared so visionary to the trio of Adnan, Sanam and Aamina that they instantly said yes to be the cast of his debut feature project.

Based in London, Asim excels in directing short-form fiction! He has been working on Cake since March 2016 and appears really enthusiastic for its release.

Can’t wait for the teasers of the movie to roll out. Cake is likely to release by the end of 2017.