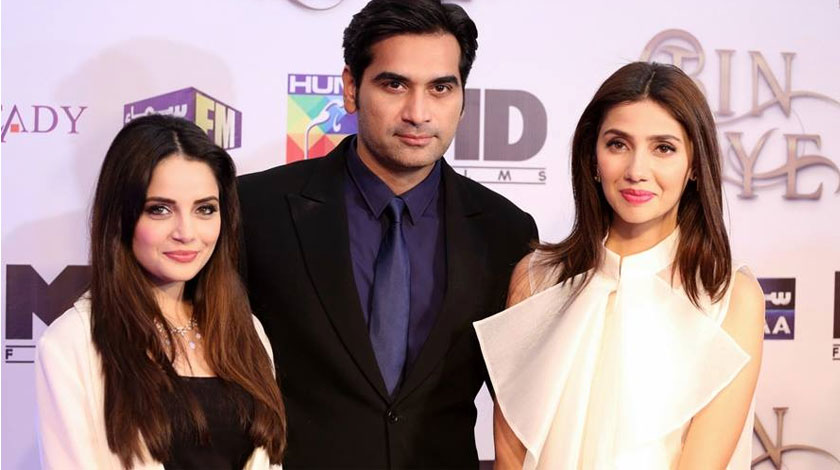 The most anticipated movie of the year, Bin Roye, is out with a sneak peak of 2 video songs in a meet and greet event arranged in Lahore.

While the trailers and the soundtrack medley had already received overwhelming responses in Karachi, Lahore event attendees got exclusive video previews of two of the movie’s songs, Ballay Ballay and Teray Bina Jeena.

Both the songs were received with much enthusiasm, with the audience clapping and cheering as the previews were shown.

Bin Roye is a unique project for the industry, as it is first going to be released as a feature film and then, as a drama serial on TV, featuring the same cast.

The story of the drama is based on the hit socio-romantic novel of the same name, by Farhat Ishtiaq. The novel had a huge following by itself; added to it the star-studded cast and a music album featuring some of the best singers of the subcontinent, it has become the huge affair that it is today.

When asked about the double release of the same story, the directors are quite confident that it will work since the fraction of the Pakistani audience that goes to the cinema is still quite low. The scenes for both the mediums will be different obviously, as they had to be edited down to one and half hour of screen time for the feature film, however, the storyline would remain the same.

Also, Mahira Khan was quoted saying that they have made some changes so that the movie will not be predictable to those who have already read the novel.

The scenes for both the mediums will be different obviously, as they had to be edited down to one and half hour of screen time for the feature film, however, the storyline would remain the same.

The movie has already created a buzz with its recent trailer releases and the launch of the film’s soundtrack medley at the Telenor Bridal Couture Week.

Organized by HUM Films, the Lahore press event was attended by the president of HUM Network, Sultana Siddiqui, the producer and co-director of the movie, Momina Duraid and the star cast of the movie including Pakistan’s rising star, Mahira Khan, the newcomer, Armeena Rana Khan and the veteran, Humayun Saeed.

Other cast members include Jawed Sheikh and Zeba Bakhtiyar, with cameo appearances by Adeel Hashmi, Faiza Hassan and Junaid Khan.

Bin Roye is slated for an Eid-ul-Fitr release.