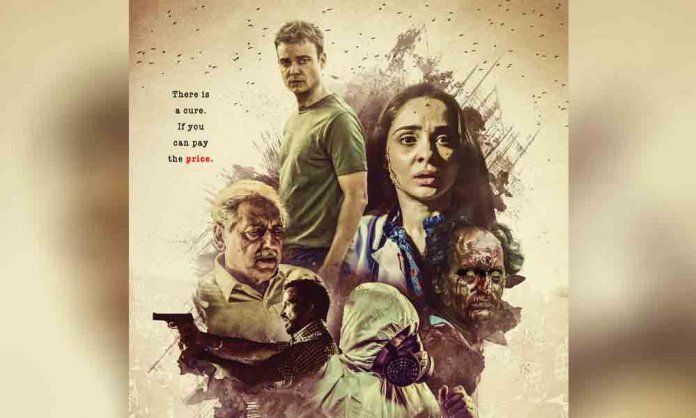 The two exceptionally talented actors of our industry, Juggun Kazim and Ali Kazmi are all set to star together and that too in a horror movie titled ‘Altered Skin’.

The teaser has been released and it is already doing all rounds on social media.

Ever since the teaser has been unveiled, the thriller lovers have just been left horror-struck (to say the least).

There are also some spine-chilling shots, but what leaves a lasting impression is the part in the end where we see a glimpse of a zombie.

The teaser starts with a number of police officers surrounded by a dead body and then we see a glimpse of Ali Kazmi who is taking a drug.

The actress turned host Juggun Kazim plays the role of a doctor in it and as always, she left us awestruck with her acting skills. The twist in the teaser takes place when her patient wakes up with a jerk and starts beating her.

It also features some characters that seem like fighting against an infection that is turning humans into zombies.

Watch the teaser below.

Surprise Surprise ✨ @JuggunKazim has got us waiting eagerly for this amazing one of a kind movie‼ Some serious nail biting stuff🔥. #JuggunKazim #Horrormovie #Cantwait

Penned and helmed by Adnan Ahmed, this upcoming horror movie is produced by Avi Federgree and is all set to release in 2019.